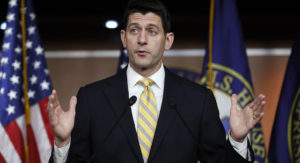 Well now, that wasn’t so hard, was it Congress?

Federal lawmakers have approved a stop-gap budget bill that keeps the government operating through September. They have avoided a federal government shutdown that some in Congress — and the White House — had feared might occur at the end of this week.

Here’s the thing, too: The budget contains zero money for a “big, beautiful” wall along our nation’s southern border, which Donald Trump had insisted be included … that is, until he backed down and withdrew his demand.

The bill allocates $1.5 billion for enhanced border security. Hey, that’s not a bad load of dough to protect our borders against illegal immigrants and assorted criminals and, yes, potential terrorists. More Border Patrol agents and better surveillance equipment can go a long way toward making us more secure along both of our lengthy land borders.

It also sets aside $15 billion in defense spending to fight terrorism, with $2.5 million of it contingent on the president developing a strategy to fight the Islamic State. I like that idea, too.

Congress isn’t done. Not by a long shot. How about lawmakers hunkering down immediately to start working on a longer-term arrangement that keeps the government functioning well past the next deadline?

Believe it or not, September will be upon us before any of us knows it. Congress, though, likely will spend the bulk of the summer spread out on recess. Members will go home, or perhaps travel on those infamous “fact-finding” junkets to exotic locations in the South Pacific, South America or the south of France.

But I’m heartened to know that the wall gets no taxpayer money, given that the president’s efforts to get Mexico to pay for it have fallen flat.