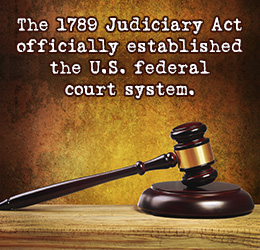 U.S. Attorney General Jeff Sessions said this on a radio talk show: “I really am amazed that a judge sitting on an island in the Pacific can issue an order that stops the president of the United States from what appears to be clearly his statutory and constitutional power.”

Hmm. An island in the Pacific? Was it, oh, Fiji? Palau? Tahiti?

Oh, no. The “island in the Pacific” is Hawaii, one of the 50 United States of America. Hawaii is governed by the very same federal government as all the rest of the states.

The object of the attorney general’s criticism, though, is a federal judge — a Hawaii native — who ruled against Donald J. Trump’s second travel ban that bars Muslims from several countries from entering the United States. The ruling came from U.S. District Judge Derrick Watson, who happens to live in Honolulu, Hawaii, U.S.A.

Hawaii’s two U.S. senators have reacted strongly to Sessions’ statement, made on talk show host Mark Levin’s program. The Huffington Post reported: “Sen. Mazie Hirono likened his remarks about Watson to ‘dog whistle politics.’” That identifies the kind of coded remarks meant to appeal mainly to certain segments of the population. Republicans and Democrats both have their “bases” that respond instinctively to certain political “dog whistles.”

The Huffington Post also reported: “In a statement later Thursday, Hirono, who sits on the Senate Judiciary Committee that vets and confirms federal judges, called Sessions’ suggestion that Watson is somehow unable to carry out his duties impartially ‘dangerous, ignorant, and prejudiced.’

“’I am frankly dumbfounded that our nation’s top lawyer would attack our independent judiciary,’ she said. ‘But we shouldn’t be surprised. This is just the latest in the Trump Administration’s attacks against the very tenets of our Constitution and democracy.’”

I feel the need to stipulate once again: Hawaii isn’t some remote outpost. Judge Watson adheres to the same oath that the attorney general himself took when he joined the Justice Department.

These attacks on the “independent judiciary” have to stop.