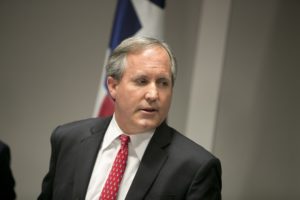 The cloud remains. It’s still hovering over the Republican politician. Perhaps a trial jury will remove that cloud — one way or another — beginning Sept. 12.

Paxton is going to stand trial on felony charges of securities fraud. A trial judge moved the case from Collin County to Harris County, apparently believing prosecutors’ contention that Paxton’s legal team had tainted the trial jury pool, giving him an unfair advantage.

The AG is accused of misleading investors prior to his taking office in 2015. If convicted, he faces a potential prison term of 99 years.

This change of venue surprises me mildly. Prosecutors had argued that Paxton’s counsel somehow had sought some unfair advantage, given that the attorney hails from Collin County, just north of Dallas.

Why the surprise? Well, a Collin County grand jury managed to indict Paxton more than a year ago. The grand jurors were Paxton’s homies, too, just as a trial jury pool would have been. The notion that a grand jury would indict a former state legislator from that very county seemed to suggest that the county was capable of producing a qualified panel of trial jurors when the time came for it.

So, the case moves to Harris County, to Houston. Judge Gallagher has set a 10-day time limit for this case to conclude once the trial commences. Of course, the Sept. 12 start date well could be subject to change — perhaps even multiple changes before Paxton gets this case adjudicated.

Let the trial begin. Paxton deserves the chance to remove the cloud that’s hung over him since before he took office.

For that matter, so do millions of other Texans who believe their state’s chief law enforcer should be above reproach.