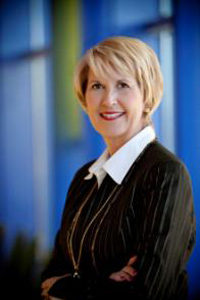 Well, that was a bit of a bumpy ride but the Amarillo City Council finally finished a short trip down a rocky road.

It chose Laura Street — a certifiable force of economic development nature — to fill a vacancy on the Amarillo Economic Development Corporation.

The vacancy occurred when Ginger Nelson resigned while announcing her candidacy for mayor.

The ride got a bit bumpy toward the end of this process when applications for the AEDC post went missing. They were “overlooked” by council members. One applicant, real estate developer Perry Williams, emerged as a “favorite” for the spot when his application was discovered. It turned out Williams wasn’t answering city requests to meet with him — and then he pulled his name out of consideration.

The council looked a bit like a gang that couldn’t shoot straight.

Then it hit pay dirt with Street’s appointment. Street has been active in civic and business affairs for years and she brings a huge demonstrated commitment to the city’s economic well-being to her new post.

AEDC’s mission has been revamped a bit since the resignation of City Manager Jarrett Atkinson. The former interim manager, Terry Childers, took some of AEDC’s duties away from the board and placed them in the hands of City Hall staffers. AEDC president and CEO Buzz David retired and moved to Washington state. Now the corporation has a new CEO and it has a full complement of board members.

What’s more, the city has a new manager — Jared Miller — who got the job largely on the basis of his emphasis and experience with economic development.