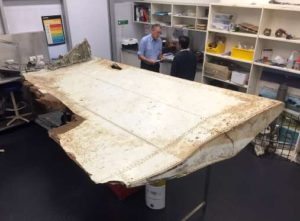 They will come, believe me. Just wait for the rumors to spring anew.

Australian, Malaysian and Chinese officials have called off the search for a Boeing 777 jetliner that disappeared in March 2014. The best technology in the world — including what was provided by the United States — has been unable to find the missing Malaysian Air Flight 370 that took off from Kuala Lumpur en route to Beijing.

Then, in a flash, it went poof! Gone. With barely a trace. They’ve pulled bits and pieces of the plane from the ocean and identified them as likely belonging to the missing 777.

Meanwhile, the family members and loved ones of more than 200 passengers and crew members are left to wonder — perhaps for the rest of their lives — about whether the souls lost on that plane might still be alive, somewhere.

As someone with a bit of knowledge about these things, I can tell you that absent the recovery of human remains or spotting the wreckage of the huge jet somewhere in the Indian Ocean, the grieving survivors are going to cling to the thinnest reed possible about those who vanished with the aircraft.

My father was involved in a boat crash in September 1980. The Canadian police didn’t find him for eight days. The period between learning of the accident and the recovery of his remains were eight of the longest days of my life. Your head tells you there’s no hope; your heart, though, pleads for a different outcome. That’s what my head and heart did for that period of time.

I guarantee you that the loved ones who have waited for some confirmation of the fate of those on board MH 370 have endured the same kind of agony.

What’s more, they now will have to endure the crackpot theories from those with too much time on their hands about what happened to that jetliner. We’ve heard our share of those nutty notions already. Be assured there will be many more of them to come for the entire time the plane’s fate remains a mystery.

My heart breaks for those loved ones today.

One thought on “MH 370 search ends; now, wait for the gossip”