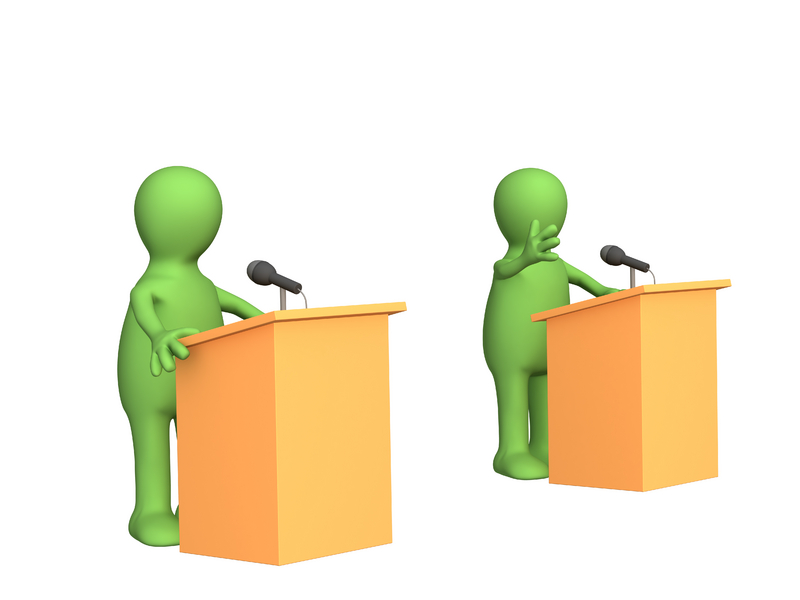 Four people — the incumbent and three challengers — want to be the next mayor of Amarillo.

Why no debate? Why haven’t the four of them worked with anyone to stage an honest-to-goodness debate among them?

I’ve had the pleasure of meeting all the candidates during this election cycle. They all have some interesting — and provocative — things to say about how they would govern the city. Their ideas won’t be exposed in a broad public forum for all the residents to hear, to digest and to determine for whom to vote — if they decide to vote at all.

This is a shortcoming in the city’s political infrastructure. We seem to lack an organized, non-partisan framework to facilitate these kinds of activities. The League of Women Voters plays host to a candidate forum every other year in Amarillo. This year, the Potter-Randall Democratic Club also is lending its support to a forum for all city commission and mayoral candidates.

But I’m up for a knock-down debate (in a figurative sense, of course) in which the candidates question each other, put their feet to the fire and make them explain how they would govern. We’ve had plenty of controversy at City Hall since the latest election: red-light cameras, a downtown tax-revenue reinvestment policy, the simmering feelings about the at-large voting plan for the commission, the on-going controversy over whether to ban smoking indoors and maybe some other things I can’t think of right at this moment.

Isn’t it time we had a debate that drew the attention of a sleepy voting public? Maybe one or more of the candidates would say something silly, downright stupid, or come up with the most brilliant idea anyone’s ever heard.