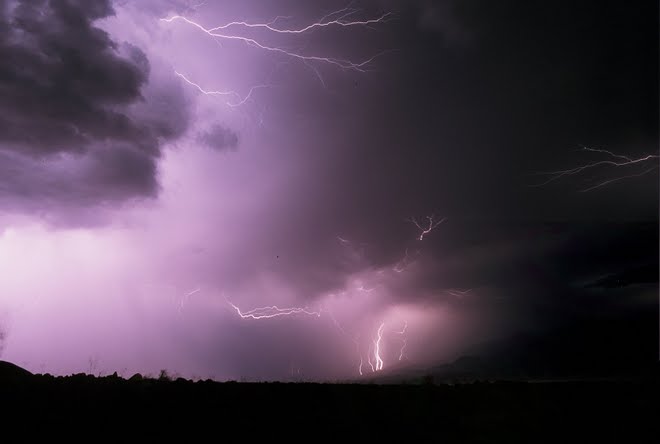 My wife, sons and I lived for nearly 11 years on the Gulf Coast — where we were introduced to the most violent thunderstorms we’ve ever seen.

And my wife and I have said in our nearly 15 years in the Panhandle that our storms here just don’t quite measure up to what we saw and heard in Beaumont.

The storm Monday night was a beaut.

I awoke at 1:11 a.m. to intense flashes of light and sounds the likes of which I hadn’t heard since we headed north from the coast in early 1995. What was most intriguing was that the lightning was exploding directly over our house — with the lightning bursts and the thunderclaps occurring at the same instant.

I’m not yet ready to declare that we’ve seen a storm here that’s equal to what we experienced on the Gulf Coast. But last night’s event produced a photo finish.