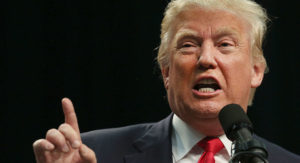 Nicholas Kristof and I have one thing in common.

We both hail from Oregon. He’s a self-proclaimed farm boy who was reared in the rainy western region of the state; I grew up in the big city of Portland.

He writes opinion pieces for the New York Times. I write for myself.

OK, we have one more thing in common: Neither of us wants Donald J. Trump to be elected president of the United States.

Kristof wrote a column today in which he states that Trump is appealing to the nation’s collective mean streak. It’s there, buried deep beneath the decency of the vast, overwhelming majority of Americans.

Here’s Kristof’s column. Take a few minutes to read it:

Kristof’s column includes this passage, which I want to bring to your attention.

“I wrote a column recently exploring whether Trump is a racist, and a result was anti-Semitic vitriol from Trump followers, one of whom suggested I should be sent to the ovens for writing ‘a typical Jewish hit piece.’ In fact, I’m Armenian and Christian, not Jewish, but the responses underscored that the Trump campaign is enveloped by a cloud of racial, ethnic and religious animosity — much of it poorly informed.”

It is frightening, indeed, to believe that some folks who are backing a major-party presidential nominee would say such a thing to a member of the media — or to any human being, for that matter.

This, though, is part of the political environment with which we must deal as Election Day draws near.

This has become a sad, sorry campaign for the most powerful public office on Planet Earth.