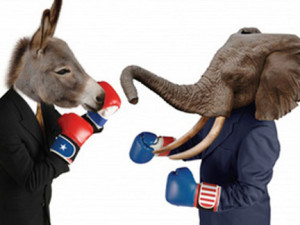 I feel compelled to make an admission.

I was kidding when I sent out tweets that cheered the thought of a potential debate between Democratic presidential candidate Bernie Sanders and presumptive Republican nominee Donald J. Trump.

Yeah, I know. I shouldn’t kid about such serious matters.

One of these guys will be nominated by his party to run for president. It won’t be Sen. Sanders. It’s going to be the showman/carnival barker/rumor monger Trump.

The very idea of one guy who won’t be nominated debating the other guy who will is frankly preposterous — were you to ask me for my opinion.

Trump backed out, if you believe one version of how it came unraveled. He supposedly wanted Sanders to pay several million bucks up front. I’m not sure who would have gotten the dough.

But these debates ought to be reserved now — at this point in the campaign — for the individuals who’ll be nominated by the major parties. And, yes, if a third-party candidate gets enough public support, then invite that individual to take part, too.

So many conventional rules have been broken during this primary campaign. They start with the fact that Trump has survived this far into the GOP primary, given his unending string of insults, innuendo, lies and hourly flip-flops on controversial public policy statements.

The Republican and Democratic debates have been watched by the public not so much for the information one can glean from them, but for the entertainment value they bring to the serious process of nominating a presidential candidate.

Trump now has enough delegates in his pocket to be nominated in Cleveland. Clinton will have enough in her pocket very soon to get her party’s nomination in Philly.

Let’s focus now on how these two individuals are going to prep for what promises to be a series of barn burner debates.