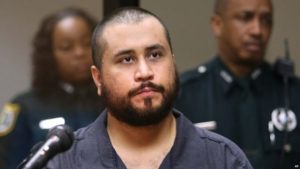 I am happy to report that decency lives.

It’s alive and well. It exists in many quarters and in many human beings. The particular example of decency worth citing here exists in an auction house that was set to put a firearm on the block for the highest bidder.

Then it took the firearm off the auction market.

It belongs to a fellow named George Zimmerman. You remember this guy, right? He shot a 17-year-old boy to death in February 2012. Trayvon Martin died from a gunshot fired by Zimmerman as the boy was walking through a Florida neighborhood.

Zimmerman claimed he acted in self-defense. A trial jury agreed with him, acquitting him of murder charges.

The case, though, became the source of international outrage.

Zimmerman has continued to find himself in the news. He got into some kind of beef with a girlfriend; it involved assault and, yes, a gun was involved in the altercation.

He’s acted like a dirt bag since being acquitted.

Now he wants to sell the gun, presuming — I reckon — that he’ll get big bucks for the notorious pistol.

It was a disgusting notion that he’d put the gun on the auction block.

It was equally gratifying to hear that the auction house decided to pull the gun down, take it off the market and presumably give it back to Zimmerman.

Zimmerman told a Florida radio station, “I’m a free American, and I can do what I’d like with my possessions.” Sure you are, George. You also are a public figure and your every move is now subject to public scrutiny.

That’s the price one pays in a free society for one’s actions, for better or worse.

Other “free Americans” are able to decide whether they support those actions. An auction house has chosen to do the right thing.