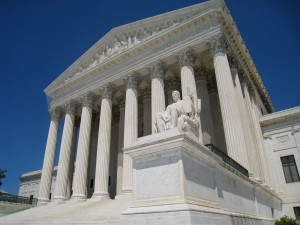 Mitch McConnell declared out loud and in public shortly after Barack Obama became president that his top priority would be to make Obama a “one-term president.”

His wish went unfulfilled when the president won re-election in November 2012.

Now that McConnell is the Senate majority leader, he’s made another pledge. He is going to oppose the president’s next appointment to the U.S. Supreme Court.

Does he know who the president will nominate? No. Does he have any inside information on Obama’s short list? Again, no.

Obama is going to nominate someone to replace the late Antonin Scalia on the U.S. Supreme Court. He’s entitled to put someone forward. The Senate also has the power to consent to the nomination.

There’s much that boggles the mind about the eruption that has occurred since Scalia’s untimely death. I cannot quite rank them in order, but McConnell’s declaration that he intends to block any nomination to be considered must rank near the top.

Yes, the stakes are huge. The president is a liberal/progressive politician who likely will select someone who is a good bit to the left of the man who led the Supreme Court’s conservative movement. Thus, Senate conservatives are vowing to protect their court majority — as best they can — by seeking to hold up this confirmation until after the November election. Their hope is that a Republican will win the presidency.

We have a president with one year left in his term. As they say, elections have consequences. A majority of Americans re-elected President Obama understanding full well how he would fill a vacancy on the highest court in the land if he was given the chance to do so.

He now has that chance.

Meanwhile, the nine-member high court has been reduced to eight members. The even split among the justices could produce some tie votes on key cases yet to be argued before the court.

This is not good governance.