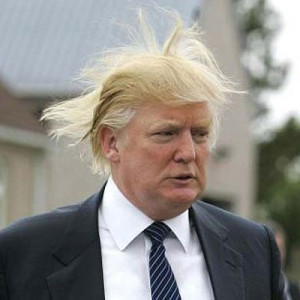 Donald Trump said recently that he intends to respond to negative attacks and added — somewhat incredulously, in my view — that he’s not one to initiate a negative campaign.

Interesting, yes? Well, I think so.

He’s been pretty darn negative ever since he announced his Republican presidential candidacy.

He took it to a new level when he said that likely Democratic nominee Hillary Rodham Clinton’s husband, Bill Clinton, has demonstrated a worse record regarding women that Trump has.

Hillary Clinton had accused Trump of being hyper-sexist in his outlook toward women. So, Trump decided to bring up President Clinton’s relationship with a young White House intern.  He vows to make an example of the former president.

Well, my thoughts turned to a former Texas congressman I used to know quite well. The late Democratic U.S. Rep. Charles Wilson used to say much the same thing about negative campaigning. He once told me he’d never start a negative campaign, but would be always be prepared to respond if an opponent decided to get nasty.

A candidate once did get quite nasty during the 1992 campaign, criticizing Wilson’s lifestyle — including his self-acknowledged affection for attractive women. She aired TV ads while running against Wilson for the East Texas congressional district he’d represented since 1973. The ads were highly critical of Wilson’s “Good Time Charlie” reputation.

What happened next remains a bit of a mystery. An audiotape showed up at the newspaper where I worked at the time; it contained a heated — and profanity-laced — conversation between the Republican challenger and her married campaign treasurer. The two of them discussed their own extramarital affair, with the candidate demanding that her lover leave his wife for her.

I suppose I should mention that Wilson’s opponent had portrayed herself as a deeply religious candidate who ran on what used to be called “family values.”

Wilson, who at the time served on the House Select Intelligence Committee, denied having anything to do with the tape. I couldn’t prove otherwise.

The difference between that example and the one that Trump is threatening to use is that the candidate who challenged Wilson was an active politician, while the former president that Trump threatens to drag into the campaign hasn’t been a full-time politician since his presidency ended in January 2001.

Somehow, I believe Charlie Wilson would laugh at what Trump is pledging to do to a potential political rival.