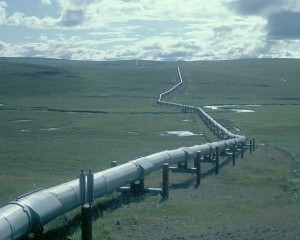 That means bloggers can change their mind, too, I reckon.

So it has happened with the Keystone XL pipeline. I once blogged in support of the notion of running the pipeline from Canada, through the heart of the Great Plains to the Texas coast.

The price of gasoline was skyrocketing. We needed some way to put more fossil fuel into the international market, I said back then.

What has happened? Jobs came back. Oil prices fell sharply. So did the price of gasoline.

The need for the pipeline? Well, it’s no longer compelling.

President Obama said “no” to the pipeline this week. The fallout has been reduced significantly because of economic and environmental factors that have turned in our nation’s favor.

I now believe the president’s rejection of Keystone makes sense.

The president nixed Keystone because it wouldn’t help the U.S. consumer market, given that the oil would be refined here and then shipped offshore to … wherever.

Plus, there is that environmental concern about possible spillage and leaks from a pipeline that would coarse through nearly 2,000 miles of U.S. territory. Those things do happen, you know. The damage is significant.

Oh, and the jobs it would create? They now appear to have been minimized because private-sector job creation has been heating up nicely over the course of the past half-dozen years.

So, good bye to Keystone.

Sure, our Canadian friends are unhappy. So are some refiners on the Texas Gulf Coast.

The rest of us? Well, I think we’ll be all right without building the Keystone XL.