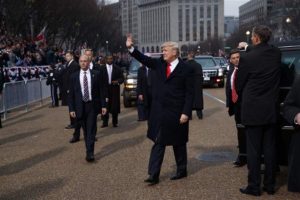 I’m watching the news today and getting an eye and earful about how the world is reacting to Donald J. Trump’s inauguration as president of the United States.

I received this e-mail message from a friend of mine in Australia. He is a worldly fellow, a keen student of U.S. politics. My friend writes: “We’re all praying for you … and ourselves as well. We’re all in this together. For historical precedent, check out Germany 1918-1939 or the Cultural Revolution in China. I honestly thought the extent of Russian involvement in the election was grounds for treason, but clearly the rules have changed!”

No mention, of course, of the women’s marches around the world that are occurring today.

I won’t elaborate on his statement regarding pre-World War II Germany or what happened in the 1960s in China.

Suffice to say that, though, that the world — if my friend’s message is any indicator, and I believe it is — cares deeply about what happens in the United States.

What does that mean? To me it means two things.

One is that we are in fact the world’s most indispensable nation.

The other aspect is that the United States of America continues to be “great,” despite what the brand new president has bellowed to the contrary. 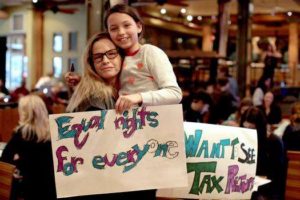 How does that saying go? “Hell hath no fury like a woman scorned”?

A lot of women around the United States of America are feeling scorned today, the first full day of Donald J. Trump’s presidency.

They’re marching on Washington, D.C. They’re marching all across the country. Why, even in Amarillo, Texas — where the president earned about 80 percent of the total vote — women were to march at Ellwood Park.

Their protest? They dislike (a) the election of a man who actually admitted to mistreating women and (b) the defeat of Hillary Rodham Clinton, who most pundits and prognosticators said would make history by becoming the first woman elected president of the United States.

I’m trying to process this collective march throughout the land.

On the one hand, I understand women’s anger, disappointment and pain. Trump campaigned for the presidency while hurling insults at many demographic groups — and that included women, who took personally his attacks on people such as former Fox News anchor Megyn Kelly and actor/comedian Rosie O’Donnell.

But … get this: Exit polling showed that Trump garnered more than 50 percent of the female vote nationwide. Statistically, that might have spelled the difference between winning and losing for the Republican presidential nominee. By capturing a majority of the female vote, does the women’s march overstate the concern that marchers are expressing? I don’t know the answer to that question.

It does appear that the national divide now is split not just along urban and rural residents, among racial groups and among socio-economic groups. It now appears split along gender.

A lot of women are angry today as the realization of Trump’s inauguration as the 45th president is soaking into their consciousness. Not all of them, mind you. Indeed, I know several women here in the Texas Panhandle who voted for Trump — many of them with great trepidation; however, others did so with great enthusiasm.

My advice today to the president? Pay careful attention to what these women on the march are saying. He should not want to be on the receiving end of women’s rage if he scorns them yet again by ignoring their protests.