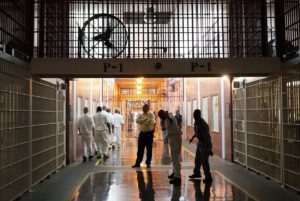 Texas’s massive prison system is no stranger to lawsuits.

An inmate, David Ruiz, once sued the Texas Department of Criminal Justice on grounds that the crowded prison conditions violated the constitutional ban on cruel and unusual punishment.

The federal courts took over the prison system and a massive prison unit construction boom ensued to relieve crowding.

Now it appears that another lawsuit has forced the TDCJ to install air conditioning units at its Pack Unit southeast of College Station. It’s too damn hot there and inmates deserve air conditioning in their living quarters. I support the state’s decision to cool off this unit.

As the Texas Tribune reports: “It’s a big day for the inmates who suffered through those summers at the Pack Unit,” said Jeff Edwards, attorney for the prisoners. “They’re not going to be in fear of dying from heat stroke anymore.”

Edwards said the agreement details that the department will install temporary air conditioning for the coming summer, with permanent units in place by May 2020. A spokesman for the Texas Department of Criminal Justice confirmed an agreement, adding that the department and plaintiffs would be working to finalize details in the coming weeks.

This brings to mind something I learned not long after I arrived in Amarillo in 1995. I received a tour of the William P. Clements Unit northeast of the city. The assistant warden at the time walked me through the unit and made quite a point of telling me that Clements did not have air conditioning. To cool the place off during the summer, it had large fans to blow the air around and provide some semblance of relief from the heat.

Amarillo, though, is a different kind of place from the region near College Station. It not only gets damn hot in Aggieland, but the humidity can stifle even the stoutest of individuals.

I moved to the Panhandle from the Golden Triangle, where the humidity is overpowering. I don’t know if the Mark Stiles Unit in Jefferson County has air conditioning; if it doesn’t, I believe it should.

I do not buy the notion that our prison units are “country clubs,” which some critics have contended for too many years. They’re tough places to exist.

Air conditioned prison units do not turn them into posh resorts. They merely create a semblance of livable conditions for individuals who would rather not be there in the first place. 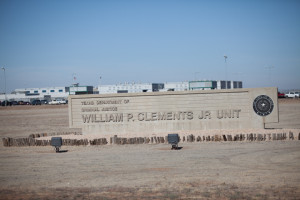 It took me about 10, maybe 15, seconds when I first set foot in this place to realize that it isn’t what some folks call it.

The William P. Clements Jr. Prison Unit in Amarillo is no “country club.”

It’s a place where more than 3,500 men serve their time as wards of the state. It can be a violent place. It can be a place of death.

A Texas Department of Criminal Justice corrections supervisor, Major Rowdy Boggs, has been recommended for dismissal after an inmate, Alton Rogers, was found unconscious in his cell after he allegedly was beaten by his cellmate. Rogers died Jan. 18 of the injuries he suffered.

Boggs and 17 other corrections officers face punishment; some of them have been suspended without pay, according to the Texas Tribune.

They’re all innocent, or so they claim, according to an assistant Clements Unit warden who took me on an extended tour of the place shortly after I arrived in Amarillo in early 1995 to start a new job as editorial page editor of the Amarillo Globe-News.

Rick Hudson, then the assistant warden, walked me through the unit one day to show me the TDCJ lockup that was still quite new and in fairly pristine condition. He told me of the fights that erupt within the unit almost daily; in the summer, with the temperatures rising and tensions flaring, the inmate-on-inmate violence gets really serious, Hudson said.

I will add that TDCJ does not equip its prison units with air conditioning.

It’s a tough place to spend many years — let alone spending the rest of one’s life — paying for the crimes they commit.

Yet we hear the canard on occasion from the tough-on-crime-and-criminals crowd that prison life is “too good” for these individuals.

What’s their alternative? Take away the few privileges they get. No TV, no rec rooms, no library. Pack ’em in like sardines.

OK, then. You want more violence? Let ‘er rip! While we’re at it, let’s put the corrections officers — who many folks believe are woefully underpaid — into greater danger trying to break up the fights that are certain to erupt.

Texas got sued once in federal court by an inmate who alleged inhumane treatment. The federal court system took over the state prison system and in the late 1980s and early 1990s, the state embarked on a prison-building program that produced new lockups, such as the maximum-security Clements Unit and the medium-security Nathaniel Neal Unit nearby.

Life for these criminals got nominally more comfortable.

I am quite certain of one thing, though: They aren’t living in country clubs while they pay their debt to society.