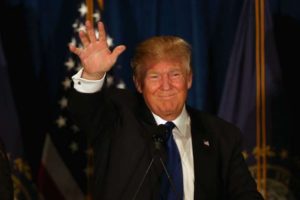 Republicans at one time used to condemn Julian Assange, the founder of WikiLeaks, for revealing U.S. national secrets to the rest of the world.

Now some of them — including the president-elect of the United States — believe him more than they believe U.S. intelligence officials who contend that Russian spooks hacked into the American electoral system.

What in the world has happened here?

“Julian Assange said ‘a 14 year old could have hacked Podesta’ – why was DNC so careless? Also said Russians did not give him the info!” Trump tweeted Wednesday.

As USA Today reports: “Podesta is the Hillary Clinton campaign chairman whose emails were released by WikiLeaks during the campaign, part of an effort that U.S. intelligence officials attributed to the Russians, perhaps in order to help Trump win the election.”

Trump continues to disparage the intelligence agencies who will be charged with providing him information about our foreign adversaries. Will the president continue to disparage them even as they seek to brief him potential crises?

Presidential historian Michael Beschloss wondered today on MSNBC what might have happened in 1962 had the CIA presented to President Kennedy pictures of “something being built” in Cuba that turned out to be ballistic missile launchers. What if the president had disregarded them? Beschloss asked.

Trump now has sided with someone who has been scorned by politicians within his political party, someone who’s been defending the Russians’ denial of doing anything wrong.

Julian Assange is no friend of the American intelligence network.

Sen. Tom Cotton, R-Ark., said that “I have a lot more faith in our intelligence officers” than in “people like Julian Assange.”

For the ever-loving life of me I cannot figure out what’s happening here. The president-elect of the United States of America is taking the word of a reputed national security threat over the word of those assigned to protecting our national interests?

I need to take something for my spinning head. 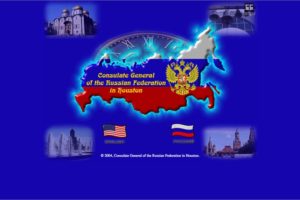 A motto designed to call attention to littering in Texas long ago took on new life as a macho mantra: Don’t mess with Texas.

Well, I guess I ought to apply the perverted definition of that motto here.

Don’t mess with Texas polling officials and places. This warning goes to the Russian government, which has declared its desire to “monitor” the U.S. presidential election that will occur on Nov. 8.

The state’s top elections official, Secretary of State Carlos Cascos, has declined the Russian request to place observers at polling places in Texas.

As the Texas Tribune reported: “Please note that only persons authorized by law may be inside of a polling location during voting. All other persons are not authorized and would be committing a class C misdemeanor crime by entering,” Cascos wrote last month in a letter to Alexander K. Zakharov, the Russian consul general in Houston. “We are unable to accommodate your request to visit a polling station.”

Frankly, I consider the Russian request to be the height — or perhaps the depth — of hubris.

Has the Kremlin bought into Republican presidential nominee Donald J. Trump’s allegation that the vote-counting will be “rigged” to produce Hillary Rodham Clinton’s election as the next president?

Indeed, U.S. intelligence officials across the board have stated their belief that Russia has been orchestrating the WikiLeaks barrage of e-mails that have sought to damage Clinton’s campaign.

So, they want to take a peek at our electoral process?

Give me a break, man!

The Russians should tend to their own issues. What’s more, imagine the Kremlin’s response if American officials sought permission to look over the Russians’ shoulders. 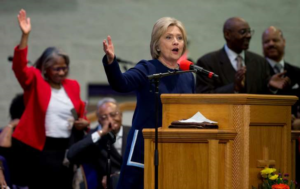 I have been trying for weeks to grasp the significance of the e-mail controversy that keeps swirling around Hillary Rodham Clinton’s quest for the presidency.

Her one-time Democratic presidential primary opponent Bernie Sanders said he was tired of “hearing about your damn e-mails.” Me, too, senator.

But … here they come again, courtesy of WikiLeaks, Julian Assange and — more than likely — the former head of the Soviet KGB spy agency and current president of Russia, Vladimir Putin.

They’re leaking these e-mails near the end of a bitter and ugly presidential campaign between Clinton and Republican nominee Donald J. Trump.

Their intent clearly and without equivocation is to embarrass and undermine Clinton’s bid to become president of the United States. They contain communication on a whole array of issues, from her speeches to well-heeled groups and backers, the LGBT response to Clinton’s reaction to the death of former first lady Nancy Reagan and her thoughts on how U.S. policy should deal with the crisis in Syria.

I get the intent, which is my clearest takeaway from it all. Indeed, Clinton hasn’t been very forthcoming on explaining many of these issues raised by the e-mails.

She and Trump are squaring off this week for the third and final (thank God in heaven) joint appearance. I’d bet real American money that moderator Chris Wallace of Fox News is going to ask her some tough questions about the e-mail dump and what it all means about the way she would govern as president.

I’m also willing to bet some serious greenbacks she’ll be ready to respond. Trump? Well, time tell us very soon how he intends to respond to her response.

Perhaps a follow-up question for Trump from Wallace might go something like this: Mr. Trump? You all but invited the Russian government to deliver us the content of those “missing” e-mails. Is this what you had in mind?

Oh, and another one could go this way: You’ve been critical of our intelligence operation and our military. Intelligence officials now seem to believe that President Putin — about whom you’ve spoken quite highly and who has returned the compliment — is responsible for the e-mail dump in these waning days of the campaign. Are they wrong, sir?