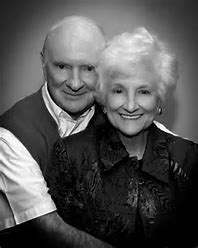 The news of the death this week of Wales Madden Jr. in Amarillo hit me hard, as it hit others who knew him equally hard.

As sad as I am at this good man’s passing, I find myself resisting the urge to wonder: How will the community replace him? How does any community full of giant men and women replace those who pass from this good Earth?

Well, I have what I hope is an acceptable answer.

I don’t know how a community replaces someone of Wales Madden’s immense stature. I only know that Amarillo, Texas, will move forward.

Amarillo is like any community in this great country of ours. It comprises roughly 200,000 residents. It has a long and storied tradition of embodying the pioneer spirit. Trail blazers settled on what was seen as a desolate landscape in the 19th century. They built a thriving community of farmers and ranchers that has grown into the unofficial “capital” of the High Plains region that includes parts of four states.

They endured hardship the likes of which few communities have ever experienced. The Dust Bowl? The misery of that terrible time in the 1930s was centered in the High Plains. Many of them fled. Many others stayed. They powered through it. They rebuilt their shattered lives. That’s how communities learn to thrive past their hardship and sadness.

Other communities with which I have some familiarity also have suffered grievous loss. Civic giants pass from the scene and somehow other emerge to take their place.

Before I moved to Amarillo, I lived and worked for nearly 11 years in Beaumont, Texas, another wonderful community along the Gulf Coast. It, too, is full of dedicated citizens who are the direct descendants of those who built that oil and petrochemical refining community into what it has become. Men and women pass from the scene and others step up, they fill the breach.

Amarillo is going to gather Saturday at the church where Wales Madden worshiped with his beloved wife, the late Abby Madden. Folks will hug each other, talk about Wales and Abby, remembering their philanthropy, their love for each other and for the community. They’ll remember Wales’ passion for climbing all those “14ers” — the peaks that exceeded 14,000 feet — in Colorado and California.

They need not worry for an instant whether anyone will emerge to replace the great man.

Great communities find a way to keep moving forward even as they bid farewell to those who helped build them. 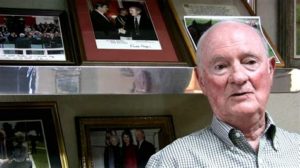 I just got word that Amarillo, Texas, has lost one of its truly great men, a powerful — but humble — man who stood far taller than his relatively diminutive stature.

Wow, this news saddens me to my core.

It is impossible to overstate the influence and impact that Wales had on the community he loved. Indeed, his legacy will be felt across the vast state.

That’s not nearly the entirety of Wales Madden’s legacy.

He was among the pioneers of the Texas water management strategy. He served with the Texas Water Conservation Board and helped shape Texas water policy for decades.

He rubbed shoulders with politicians, but mainly with Republicans. He was a dedicated member of the Grand Old Party. In the picture I have posted with this blog entry you can see Wales in the company of Ronald W. Reagan.

However, he also teamed with individuals associated with the other political party. I remember a particular friendship he had with the late Jerome Johnson, another lawyer of significant renown in Amarillo. Madden and Johnson worked together to lobby the Department of Energy to install an office in Amarillo that sought to research effective disposal of plutonium, a byproduct of the massive Pantex nuclear weapons storage and assembly plant northeast of Amarillo. Both men used to joke about how a dedicated Democrat could work with an equally dedicated Republican for a common purpose.

His friendships covered the huge spectrum of political and socio-economic interests. His kindness was legendary and I was a recipient over many years of this gentle man’s good cheer.

In early 1995 I made the move from Beaumont to Amarillo to become the editorial page editor of the Amarillo Globe-News. A dear friend of mine who grew up in Amarillo, but who had moved on to a lengthy career in journalism, offered this piece of advice: Get close to Wales Madden, he said. My friend described Wales as a “gray eminence” who was one of the community’s wisest men.

I did what my friend suggested. Wales and I became friends. I grew to respect this man greatly.

Amarillo is full of fine men and women who contribute mightily to the community’s well-being. Few of them have quite the impact that Wales Madden Jr. delivered through his many years of dedication to the community he loved with all of his gigantic heart.