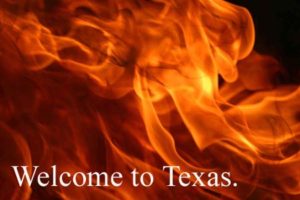 My wife and I started a new life with our sons when we moved from the Pacific Northwest to the Golden Triangle region of Texas in the spring of 1984.

It was there that we got acquainted with the legendary Texas heat and humidity. We got acclimated — eventually! — and lived in Beaumont for nearly 11 years before my wife and I (the boys had since gone off to college) relocated again, this time settling in the faraway High Plains of the Panhandle.

It was the Panhandle where we discovered something else about this wonderful place we now call home. It is that the Caprock of West Texas has four distinct seasons … and that the summer, which can get brutally hot, does bring relief on occasion, even during the hottest period of the year.

It spoiled us. We grew accustomed to the lack of humidity in Amarillo, with its 3,676-foot elevation above sea level and its proximity to the Rocky Mountains.

We stayed in Amarillo for 23 years, which is the longest stint we ever have completed during our nearly 51 years of marriage.

Then we moved to the Metroplex in late 2018. We settled in Princeton, which is about 30 miles northeast of Dallas and, more importantly, is about nine miles NE of our granddaughter, who lives in Allen with her Mommy, Daddy and her two brothers.

It has been in Princeton where we’ve been reacquainted with the Texas humidity that accompanies the heat.

It’s been hot, man! We’ve had more than 30 days this summer of 100-degree-plus days. It’s not the hottest on record. For us, though, it’s been too hot, given that we are still feeling spoiled by all those years up yonder on the Caprock.

This is my way of reminding my bride and me that we’ll just need to suck it up and settle in every year for the Dog Days of summer … and remember what it was like when we first arrived in Texas those many years ago. 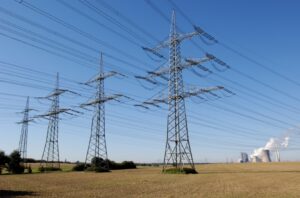 Goodness, I wasn’t ready to hear about this predicament from the folks who manage our electric grid.

Our summer might be as miserable as the winter we endured in North Texas and throughout the rest of the state. That is, the Electric Reliability Council of Texas — our electrical grid managers — might suffer more power outages on the scale of what occurred when the snow and ice ravaged us.

Hmm. How “reliable” is that? Not very.

The Texas Tribune reports: “This summer, I am as worried right now [about the grid] as I was coming into this winter,” said Curt Morgan, CEO of Vistra Corp., an Irving-based power company. “Sounds like I’m the boy that cries wolf, but I’m not. I’ve seen this stuff repeat itself. We can have the same event happen if we don’t fix this.”

More from the Tribune: As state lawmakers continue debating how to improve the grid after February’s storm nearly caused its collapse, on Tuesday Texans were asked to conserve electricity because the supply of power could barely keep up with demand. A significant chunk of the grid’s power plants were offline due to maintenance this week, some a result of damage from the winter storm.

ERCOT messed up royally in February with the way it shut down power supply while temperatures hovered at zero or below. Millions of us lost power and water. It’s not as though Texas is a total stranger to this kind of winter savagery. Still, power plants froze; they weren’t properly winterized. Natural gas lines were rendered inoperable.

The Texas Legislature is meeting at this moment seeking to strengthen the grid. Its regular session ends on May 31. Legislators will need to return in special session if they don’t have a grid repair strategy on the books. They had better prepare for a long and tiring summer of work on our behalf if they can’t get it done when they gavel the regular session adjourned.

It looks as though whatever the Legislature comes with must include a plan to deal with our long, hot summer.

ERCOT’s warning about potential power outages brought about expressions of anger across the state, the Tribune reported: The warning triggered a torrent of outrage from residents and political leaders across the state who questioned why the Electric Reliability Council of Texas, which manages the grid, allowed it to come so close to emergency conditions on a relatively mild spring day. “I appreciate the increased effort toward transparency, but wow this is nervewracking to see in April,” state Rep. Erin Zwiener, D-Driftwood, tweeted Tuesday.

C’mon, ERCOT. None of us wants to see a repeat while we are sweltering of what happened when we were freezing.