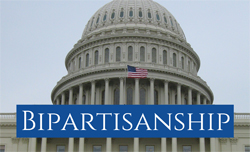 One of the many things I detest about the state of the contemporary political climate in Texas is the absence of a sense of statewide camaraderie among the state’s congressional delegation.

There once was a time, back when Fort Worth’s Jim Wright was speaker of the U.S. House, when the entire Texas delegation would meet for breakfast each week. Democrats and Republicans would gather to discuss issues common to everyone within the delegation. They sought a meeting of their collective minds on ways to solve Texas problems.

My own congressman at the time, the late Democrat Jack Brooks, spoke fondly — if that’s a word I could use to describe anything that came from that cantankerous politician’s mouth — of the fellowship the delegation would enjoy.

I remember a story I read in Congressional Quarterly about those meetings and how they contrasted with the bitterness that existed between Democrats and Republicans in the California delegation. The Texans sought common ground. Californians drifted apart, firing rhetorical sniper shots at each other.

The Texas delegation no longer meets regularly, as I understand it. Democrats and Republicans are at each other’s throats most of the time. It’s a common affliction most if not all state delegations in Congress. I’m trying to imagine ultraconservative Louie Gohmert sitting next to ultraliberal Lloyd Doggett hashing out a legislative solution to anything.

I hear that my own House member, Republican Van Taylor of Plano, works well with Democrats. He has sponsored bipartisan legislation and actually counts Democrats among his friends in Washington. That, I dare say, is a commendable thing to have happen. I attribute that to his combat experience in the Middle East while serving in the Marine Corps. Everyone becomes your best friend when you’re receiving enemy fire and you depend on the guy next to you … who likewise is depending on you to have his back.

There needs to be much more of that and much less of the sniping, backbiting, name-calling and actual threats of violence about which we hear these days.