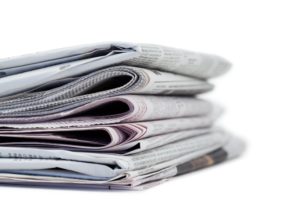 This story got past me when it happened, so I’m a bit late commenting on it, but it does give the Texas legal community something to ponder — such as how severe a sanction should a judge face if he or she commits an egregious act of judicial misconduct.

Elizabeth Coker used to preside over the 258th District Court in rural East Texas. She resigned her judgeship a little more than a year ago after it was revealed that she sent text messages from the bench to a prosecutor — prompting her with questions to ask that would secure the conviction of a defendant.

The text messages were sent during a child abuse trial in August 2012 to Assistant Polk County District Attorney Kaycee Jones, who was in the middle of a criminal case in Coker’s court.

I don’t know where to begin with this.

The State Commission Judicial Conduct worked out a deal with Coker for her to quit her judgeship. All she had to do was resign from the bench and there would be no additional sanction.

I’ve always understood that judges often have expelled people from their courtrooms for using text devices while court is in session. A former Texas Supreme Court chief justice, Tom Phillips, once told me that in Texas judges can rule their courtrooms like tyrants if they choose to do so.

I suppose that Phillips also implied that judges can run courtrooms with amazing leniency if they so choose.

One of the many astonishing aspects of this case is that Coker then ran for Polk County district attorney after quitting the bench. She didn’t get the job.

This blows my mind. A judge sends a text message with instructions to a prosecutor on how to ask questions that would result in a conviction and all she had to do was quit?

She got off way too easy on this deal.

The Time magazine story goes through this case in significant detail.

What does the Commission on Judicial Conduct do about these cases? For that matter, why isn’t the Texas Bar Association pitching a serious fit to this day over Coker’s terrible judgment on the bench?

The Time article seeks to cast this case in some political context, noting that Republicans had taken over in a part of the state that once was reliably Democratic. Coker switched parties, from Democrat to Republican, and that apparently caused some ill feelings.

That has nothing to do with anything. Coker should have been punished with far more than just losing her bench seat.