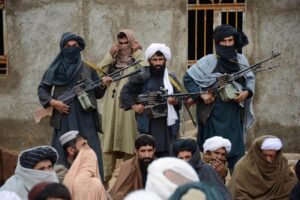 Irony can be a real bitch … you know?

Let us consider two issues dealing with “respect for our troops” and whether we can make any sense of them.

Donald Trump has been foaming at the mouth over the sight of pro athletes “taking a knee” to protest police brutality while they play the National Anthem. “Throw the SOBs out!” Trump bellows, contending that such a form of protest disrespects the flag … as well as disrespecting the men and women who fight on behalf of that flag.

Are you with me?

Now we have the distressing news about Russians paying bounties to the Taliban for killing American service personnel. Reports have seemingly confirmed what has been divulged, that the Russians have paid the money. The question now is when Trump knew about it.

His reaction to the initial reports has been, shall we say, much less visceral than he has been in reacting to athletes kneeling during the National Anthem.

This brings to mind a puzzle I am trying to solve. If the president is going to demand that we respect our troops by standing proudly, with hands over their hearts, while we sing the National Anthem, then where is the outrage over reports that Russian goons are paying bounties for the lives of our priceless treasure?

My goodness, Donald Trump’s relative passivity over these reports is more than disconcerting. It is reprehensible, disgusting, disgraceful. It speaks volumes to me — as well as to others — about the seeming lack of sincerity from Trump about the respect he demands for our fighting men and women.

The irony of these two examples — taking a knee and silence in the face of evidence of threats to our fighting warriors — is hideous in the extreme. I only can conclude that Trump’s alleged love and respect for our troops in battle is as much of a sham as his version of the presidency.

U.S. Sen. Mitt Romney — a Utah Republican — was right in 2016 when he called Trump a “phony and a fraud.” I implore the rest of the country to wake up to what has been patently obvious about this con man all along. 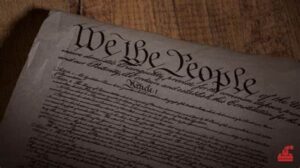 OK, here it comes again: the discussion over whether “taking a knee” while they play the National Anthem dishonors Old Glory.

I didn’t want to re-enter this discussion, but I am going to do so anyway. I’ll just need to prepare for some blowback.

Americans are protesting today against the treatment of African-Americans by some police departments and officers. It’s been a longstanding problem that the nation has so far failed to face on a national level. The George Floyd tragedy brought it to our attention in graphic, tragic and reprehensible fashion.

You saw the former cop kneeling on Floyd’s neck, snuffing the life out of him. Now we have re-ignited the discussion of whether professional athletes have dishonored Old Glory when they take a bended knee while they play the National Anthem.

No. The flag is not dishonored.

What does the kneeling represent? It represents a form of civil protest against certain practices and policies enacted by law enforcement agencies. The demonstration against those policies is, at its very essence, the basis for the founding of this great nation and the flag that flies over government buildings.

The nation was built by men who protested religious oppression. They created a governing document that laid out certain civil liberties in the first 10 amendments to the U.S. Constitution. The first of those amendments addresses several key provisions: Congress shall make no law that establishes a state religion or interferes with a free press or prohibits the right of citizens to speak freely and to seek “redress” of grievances against the government.

Is that clear enough? It is to me.

Kneeling during the playing of the Anthem speaks against policies that many of us find objectionable. It is in no way a statement of disrespect to the flag, to the nation, to the men and women who fight to preserve our freedoms, or to those who serve the public.

Yet this form of civil protest has been perverted into something unrecognizable to the men who sought to make a hallmark of the government they created.

It all started when a pro football player took a knee to protest. Donald Trump called him and other pro athletes “sons of bitches.” He said they should be tossed aside, ignored, punished for their alleged disrespect of the flag. That is as shallow and idiotic a response as I can imagine.

Here’s my request: If we disagree with the method some folks use to protest a public policy, then focus the disagreement on the act itself … and stay far away from suggesting it disrespects or dishonors the principles on which the founders created this country.

Good heavens! Taking a knee in peaceful protest is the embodiment of what the founders intended!

Now that Roseanne Barr is back in the news thanks to that hideous tweet she fired off about Barack Obama and one of his senior presidential advisers, I thought I would share this video of the comic’s rendition of the “Star Spangled Banner.”

She offered this hideous version of the National Anthem in 1990.

So I am moved to ask whether this is more or less disrespectful of the flag, of the nation, and of our veterans than professional athletes “taking a knee” to protest police treatment of some U.S. citizens.

I’ll inclined to side with those who think Roseanne’s “singing” of the anthem is the more more egregious example of disrespect. 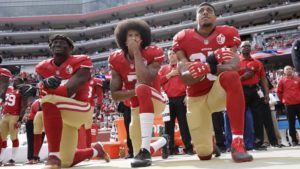 Freedom of speech and political expression has just been dealt an improper blow to the gut by the National Football League.

To be candid, this story makes my gut churn. The NFL, though, has made the wrong decision to restrict the manner in which its players can express themselves politically.

It began a couple of seasons ago when a player decided to kneel during the national anthem prior to the start of a game. Former San Francisco 49er quarterback Colin Kaepernick wanted to protest the treatment of African-Americans by police.

At one level, I wish the young man had decided to stand during the anthem. His decision to “take a knee,” though, didn’t bother me greatly. I understand why he decided to do that.

But a presidential candidate, Donald Trump, decided to make a major issue out of it. Then the candidate was elected president in 2016 and he kept up the drumbeat. He called protesting NFL players “sons of bit****” who should be “fired.”

This week, NFL Commissioner Roger Goodell said players henceforth will stand when they play the anthem. They are free to stay in the locker room, but while they are on the field, they will stand.

Trump won one, yes? I guess so.

I want to stipulate something here. The nation’s founding was based on its honoring of peaceful dissent. Its very governing document, the Constitution, guarantees citizens the right to protest.

NFL players who “take a knee” are exercising their right to protest. I have heard the argument that as employees of professional football team owners, they are obligated to behave the way their bosses dictate.

Yes, but they are performing on a public stage, subsidized by the public that pays top dollar to watch them play a game. As a social media acquaintance of mine noted recently, these men aren’t “indentured servants.” They are highly paid professional athletes, some of whom choose to make a political statement.

They do so peacefully. And to my way of thinking, their kneeling doesn’t disrespect the nation in the least. It honors the basis for the nation’s very founding.