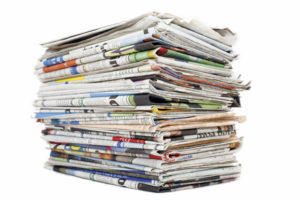 The San Antonio Express-News — the newspaper of record for Texas’s second-largest city — has announced another round of layoffs. It doesn’t stop. The reductions are costing communities the services of valuable craftsmen and women with decades of experience reporting on the issues of the day.

When will it end? Ever? Well, it has to end, likely when the last reporter checks out for the final time. Will he or she please be sure to turn out the lights?

The Internet is the culprit. The villain. The bogeyman.

It has spawned a whole new array of “news and information” outlets. Cable news has joined the fray. Righties have their own view of the “truth,” as do the lefties. They hunker down and consume only the “information” that comports with their world view.

It sickens and saddens me at the same time.

I once was a victim of the changing climate. I was told during a company “reorganization” that I no longer would do what I had done at the Amarillo Globe-News for nearly 18 years. I wrote editorials and columns for the paper. The publisher at the time decided to reshuffle the deck. After interviewing for my own job, I got the news: We’ve offered it to someone else and he has accepted.

I quit on the spot.

Not long after I left the G-N in the summer of 2012, I scored an interview with the Express-News. The editorial page editor flew me to San Antonio, where I spent the day talking to him, the paper’s publisher and the EPE’s editorial page staff members.

The fellow with whom I interviewed made quite a point of telling me how the Hearst Corp. was reinvesting in the Express-News, restoring positions that had been cut. Times were good in the Alamo City, he said.

I didn’t get the gig. The paper was “going in another direction,” the e-mail message told me.

I want to re-share with you a quick story. I was at my post at the Amarillo newspaper. A gentleman called about a letter he had submitted. I chose not to publish it. Why? It was full of falsehoods.

His response was classic. “I know it’s true,” he said. I asked, “How do you know that?” He said, “Because I saw it on the Internet.”

I laughed out loud into the phone.

It’s a brand new, and damn scary, world out there. 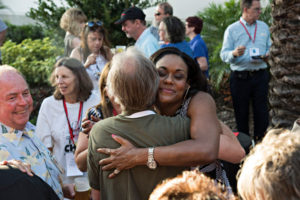 A take-no-prisoners approach to wheeling and dealing is commonplace. Consider the recent acquisition by the Tampa Bay Times of the Tampa Tribune. The Times bought the Tribune and then shut the paper down after a 123-year run on the other side of the Florida bay.

According to the New York Times article attached here, former Tribune employees felt betrayed by the takeover. They didn’t see it coming.

Well, let me be among the many individuals who’ve worked in print journalism to offer this bit of solace, not that it will soothe the pain: It could’ve been worse.

I worked for nearly 11 years for the Hearst Corporation, which has exhibited its own heavy hand in acquiring competing newspapers. Although I wasn’t affected directly by Hearst’s takeover strategy, I know many former colleagues who were.

In the late 1980s, Hearst was operating the San Antonio Light, which was in the midst of a nasty newspaper “war” with the San Antonio Express-News, which was owned by Rupert Murdoch’s company. Hearst decided to take the offensive, so the company moved the publisher of the Beaumont Enterprise, where I worked at the time, to San Antonio to take over as head man at the Light; I believe it was in 1988.

The new Light publisher — George B. Irish — was given the task of preparing for a serious corporate takeover.

Hearst decided to purchase Express-News — and then it promptly shut down the Light. Yes, the company “rewarded” its loyal employees, who had fought the good fight against the E-N, by giving almost all of them their pink slips.

A handful of Light hands were kept on. Most were let go. If memory serves, they were given severance packages. Still, the pain was palpable.

In 1995, Hearst went after the Houston Post. It purchased that paper, closed it down and left the state’s largest city with just one paper, the Chronicle, which Hearst already owned.

I feel for my former colleagues in Tampa. Please know this: You are not alone.

I know, it’s a tired cliché at times to make light of what some in government think of as ethical conduct. But here’s yet another example of why ethical reform needs government’s attention — but it’s not likely to get off the ground.

Former state Rep. John Davis, a Houston Republican, has just registered as a lobbyist immediately after ending his tenure in the Texas House of Representatives.

Why is that so bad? Simple. He’s now able to parlay his myriad connections within state government to fatten his own wallet and help the clients on whose behalf he is lobbying.

Davis is going to lobby for a Tomball-based residential contracting firm that works closely with the Texas Department of Housing and Community Affairs.

Is that fair, say, for other contractors who might want to get in on the action provided by a state agency? Does former Rep. Davis have some inside knowledge that others might not be able to obtain as readily?

You figure it out.

Davis is doing not a single illegal thing here. He’s just taking advantage of a gigantic loophole in the state’s ethics-in-government code.

It’s also a tradition in Texas politics and government for lawmakers to move smoothly and seamlessly from legislating to lobbying. Former House Speaker Pete Laney, a Hale Center Democrat, did it when he left the House just a few years ago.

Two state legislators, both Republicans — Rep. Angie Chen Button of Garland and Sen. Van Taylor of Plano — have proposed putting a four-year waiting period on the time former lawmakers can register as lobbyists. Davis, according to the San Antonio Express-News, opposes the legislation. Imagine that.

Do you think they’ll find other opponents among their fellow legislators who might want to jump on that lobbyist gravy train once their days as public servants have ended?

However, the Republican nominee for Texas governor tried to get cute with his response and in the process had some folks scratching their heads over what he really meant.

The question came from the San Antonio Express-News editorial board, according to Dallas Morning News blogger Jim Mitchell: Would the state attorney general have defended a state ban against interracial marriage?

Abbott has said that as AG, it is his duty to defend state laws, such as the law that bans same-sex marriage. So the Express-News sought to broaden the context just a little by posing a hypothetical question about interracial marriage.

Abbott fluffed the answer, according to Mitchell. Here’s how Mitchell reported it: “Rather than say ‘no I would not defend a ban on interracial marriage,’  he slipped into an accurate, but weak response: ‘And all I can do is deal with the issues that are before me… the job of attorney general is to represent and defend in court the laws of their client, which is  the state Legislature, unless and until, a court strikes it down.’”

The result, said Mitchell, was to create questions about whether Abbott somehow believes such a ban is worth defending, that he’s might actual favor such a prohibition.

Abbott’s arguments against same-sex marriage also pose some problems for the GOP nominee. He said something recently about marriage needing to produce children. Obviously, two people of the same gender cannot do such a thing. Here’s Mitchell’s take: “I’ve taken Abbott to task for his defense of the same-sex ban and the prime reason cited in court filings — the supposed state interest in procreation. Regardless of his personal thoughts, the procreation argument is just amazingly weak.”

Someone will have to pass the smelling salts to me. I must have been in a stupor the past year or so.

Either that or U.S. Sen. Ted Cruz is utterly delusional.

I’ll go with the latter for now.

Cruz is a Texas Republican who has denied playing a role in shutting the government down over a fight about the Affordable Care Act. He said at Texas Tribune Fest that the “blame” belongs to President Obama and Senate Majority Leader Harry Reid. Cruz’s role in that debacle? He says he didn’t have any role to play.

So has every observer of Capitol Hill — Democrat, Republican, independent, media observers — said that Cruz was a key player in the shutdown.

He filibustered against the ACA trying to repeal it. Didn’t he do that?

Of course, Cruz blamed the media — which he said sides with Democrats — for the characterizations attached to the junior senator. According to a blog posted by the San Antonio Express-News: “Remarking that Republicans are usually criticized as either crazy or evil, Cruz said he took it as ‘somewhat of a back-handed compliment that the press has invented a third caricature of me, which is crazy.’”

Well, he’s not crazy. Almost everything he’s done publicly since joining the Senate in January 2013, though, reveals a burning ambition. He’s been out front on high-profile issues almost from Day One of his still-young Senate tenure. He ignores Senate decorum. He’s drawn the ire of fellow Republicans as well as Democrats.

Now he says he had nothing to do with the government shutdown.