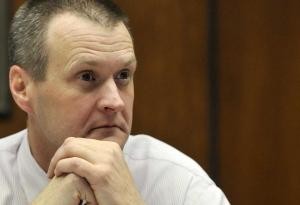 I like to think I’m careful when I read critiques about places from folks who don’t live in or near the communities they’re critiquing.

When something comes across my radar, it’s good to check the background of the author. I did that when I saw a pretty scathing critique on a website called Route Fifty. The author is a fellow named Michael Grass.

His background? His “about” page says he’s a former copy editor for Roll Call, a reputable political journal that covers Capitol Hill; he also has experience working with the Washington Post and the New York Observer.

Grass has posted a pretty sizzling analysis of Amarillo. The bottom line? If you’re looking for a local government job and you want to move to Amarillo to fill one of the many openings posted at City Hall … think long and hard before you take the plunge.

Amarillo, he says, might be the “most dysfunctional city” in the country.

City Manager Jarrett Atkinson is soon to be out the door. The City Council has to find another person to fill the job. Grass opines that the council is going to have a hard time finding a competent candidate willing to step into what he describes as “a municipal circus.”

Nair and Burkett backed off their initial demands.

The new three-member majority then engineered a citywide referendum on a project that’s been in the works for years. The multipurpose event venue will be on the ballot next Tuesday and voters will get to decide whether the $32 million project should include a ballpark.

Grass writes: “While Atkinson’s resignation, which is to take effect later in November, may have surprised some on the City Council—Nair said he ‘didn’t see it coming’—Amarillo Mayor Paul Harpole said that conflict among councilmembers made it very difficult for the city manager to do his job, citing a handful of problems.”

The city is seeking to fill a number of senior administrative positions. The city attorney still needs to be hired. Same with an assistant city manager. The city charter gives the city manager the authority to make those decisions — but hey, we soon won’t have a city manager, either!

The council has been bickering over budget matters, the future of downtown redevelopment, the status of non-profit organizations set up to help the city proceed with its downtown growth.

You name it, the council has been fighting about it.

Grass’s article wonders: Who in their right mind is going to step into that maelstrom?

It’s a question many of us who live here have been asking.