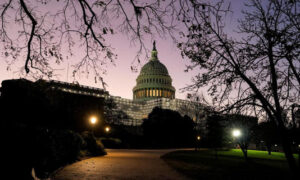 Kevin McCarthy now appears likely to become the Man of the House … of Representatives when Congress convenes its new term in January.

It’s not yet a cinch that McCarthy will succeed his fellow Californian, Nancy Pelosi, as speaker. The GOP’s underwhelming performance in the 2022 midterm election — which was supposed to produce a Republican tsunami that would sweep Democrats out of office — has brought plenty of recrimination to McCarthy.

McCarthy said he’ll seek the speakership. He will have a fight on his hands, not that I really care.

Whoever takes the speaker’s gavel from Pelosi will take command of what appears to be a razor-thin majority. The projections tell us the Rs will finish with 219 seats, compared to the Ds with 216. No wiggle room, man.

The red wave never materialized. The new Congress will be fun to watch … don’t you think? 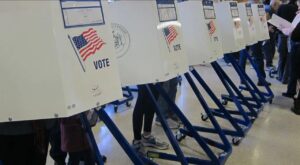 With all the reaction — replete with blame over who did something wrong during the midterm election — I want to take a moment or two to ponder the positive takeaways one can get from the balloting.

Democrats held off the Republican “red wave” by maintaining control of the Senate and, also importantly, by minimizing the Republican ascent to majority status in the House.

When the ballots are counted, it appears that the GOP will occupy 219 House seats, compared to 216 Democrats serving in the lower chamber. Republicans need 218 to win an outright majority. They got one more than the bare minimum.

Who deserves credit for Democrats’ stronger-than-expected showing? I suppose you can start with the abysmal quality of many GOP candidates. Some of them didn’t deserve to be nominated by their party, let alone elected to public office.

I am struck by the message that voters seemed to deliver, which is that they are weary of the conspiracy nonsense. Voters favored candidates who vowed to govern. They sought out the thoughtful candidates who promised to stop demonizing local election officials, individuals who work hard to ensure and protect the integrity of our electoral process.

The process does work. It’s not perfect. But it works. It did so again in the midterm election.

I won’t seek to assess which politicians benefited from this election. It’s easy, I suppose, to wonder whether the midterm result enhances President Biden’s chances at re-election. I won’t go there. One message, though, seems to have resonated with voters. It is that Joe Biden does not deserve blame for worldwide inflation.

If he were to shoulder that blame, then he should bask in the notion that inflation appears to be lessening. Then again, I won’t assign that credit to him, either. Global economics is far more complicated than many of the MAGA types would have you believe.

Still, the midterm election ended with democracy having a good day at the polls.

Well, the Red Wave many of us thought — or feared — would occur didn’t swamp the field after all.

The 2022 midterm election has turned out to be a referendum, in my humble opinion — on none other than Donald John Trump, the individual who hogs the spotlight whenever and wherever he can.

His presence near the center of the political universe, though, just might have spelled doom for those closest to him. My question now? Will the one-time Moron in Chief take the hint and realize he is more poisonous than he ever imagined?

The House? The GOP had planned a big celebration last night to commemorate its historic sweep of Democrats out of power. It didn’t happen.  Republicans are likely to win control of the House but by a margin of, oh, four or five seats, giving them less than a working majority with which they can ramrod legislation through the chamber.

This post-election news gives many Americans — including yours truly — hope that good-government policy is still preferable over The Big Lie and the anger perpetuated by the cultists who adhere to the nonsense pushed by Donald Trump.

All in all, Midterm Election 2022 provided reason to hope that our republic is going to survive this current form of idiocy.