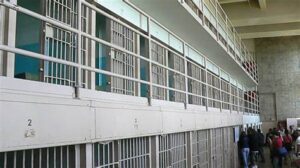 Not long after I reported for work at the Amarillo Globe-News, I got an invitation to tour the William P. Clements Prison Unit of the Texas Department of Criminal Justice.

It was, um, an edifying experience. I learned a lot about how TDCJ treats the 3,000-plus men who are serving some seriously hard time for felony crimes.

One of the things I learned in 1995 was that TDCJ did not supply air conditioning to the living quarters housing those convicts. That’s about to change, according to the Texas Legislature, which has approved a bill to pay for air conditioning units at the myriad units throughout the massive TDCJ system.

The Texas Tribune reports: “The reality is, in Texas, we are cooking people in prisons,” state Rep. Terry Canales, D-Edinburg, said on the floor when presenting his bill. “This is the right thing to do, it is the humane thing to do, and it’s something we should have done a long time ago.”

I don’t recall during my tour the assistant warden of the Clements Unit expressing outward concern about the summer heat that convicts had to endure while serving their time. The issue did come to my mind at the time, and I recall reminding the prison official of what happens if inmates determine they are being mistreated.

I recalled when U.S. District Judge William Wayne Justice determined that crowded conditions were unconstitutional. What happened next changed the shape of the Texas prison system forever. The federal government took control of the state prison complex, forcing the state to go on a prison-building binge to relieve crowding.

Can there have been another lawsuit in TDCJ’s future had the Legislature failed to act? Hey, it’s not out of the question.

Accordingly, the Legislature appears set to cool the living quarters of the hundreds of thousands of men and women in state custody. According to the Texas Tribune: Currently, 70% of the state’s nearly 100 prison facilities do not have air conditioning in living areas. Some areas, like administrative offices and infirmaries, are air conditioned at all units.

The state is going to have a hefty bill to pay if this legislation becomes law. My sense is that given the plethora of lawsuits the state already has paid, the cost of providing A/C at its prison units might look like a bargain.

Note: This blog post was published initially on KETR.org