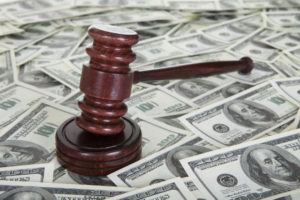 My wife brought up a subject today that got me fired up. Her question played straight into my wheelhouse, hit me with an issue against which I have been ranting for, oh, many decades.

“Isn’t it just wrong to say ‘Wade Overstreet, Republican for judge'”? she asked as we drove past an Overstreet for judge lawn sign.

I have not a single thing against Wade Overstreet, who’s running for a judgeship in Potter County. My wife and I are unable to vote in that runoff election, given that we’re registered to vote in Randall County.

I do have plenty of things against the way we elect judges in Texas. My first option would be to go to an appointment process, followed by a retention election. It’s a voting policy used in several other states. The governor appoints a judge, who then stands for retention after a term; voters then get to decide whether to retain the judge or demand that the governor finds someone else.

My second option would be to elect judges on non-partisan ballots. Get rid of Republican and Democratic judges.

I have asked judicial candidates for many years — back in the day when I worked as an opinion journalist in Beaumont and Amarillo — a fundamental question: Can you explain to me the difference between Democratic and Republican justice?

My wife noted with her usual intuitiveness that judges’ jobs are to follow the law, interpret it without regard to politics.

Indeed, one can assess a judge’s judicial philosophy — whether he or she is too harsh or too lenient in bench rulings — without the crutch of a partisan label.

There once was a time when competent Republican judges got the voters’ boot because they were of the “wrong” party in a state that once leaned heavily Democratic. The state flipped from Democrat to Republican about two decades ago. Now we see competent Democratic judges and judicial candidates getting the same treatment from voters who punish them for being members of the wrong party.

It’s wrong. Sadly, it won’t change likely within my lifetime.