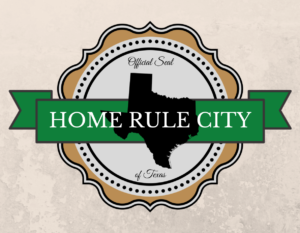 Pssst. I am going to reveal to you a matter that so far appears to be a secret: Princeton, Texas, voters are going to get a chance in just a few weeks to decide whether to approve a home-rule charter that allows the city to govern itself.

Why is it a secret? Because … state law prohibits the city from spending public money to campaign for a political cause. Unfortunately, the task is supposed to belong to a citizens’ political action committee that hasn’t yet been organized.

I have it from the highest local government authority possible that the PAC hasn’t formed despite the city council’s decision to put the home rule charter on the November ballot. Mayor Brianna Chacon said she has tried to find someone to take on the task of chairing the PAC. No takers.

This is the fifth election Princeton will have conducted to form a home-rule charter. The city’s population has exploded in recent years. The city now contains more than 20,000 inhabitants, according to City Hall estimates.

Here is what I found on the city’s website:

Princeton simply needs to take this step toward municipal adulthood. Since the city’s founding, Princeton has been governed as a “general law” city, meaning that it must follow the law with restrictions imposed by the Texas Legislature. Yes, lawmakers from the Valley, the Panhandle, from the Hill Country, the Golden Triangle and the Trans-Pecos region make decisions affecting how Princeton can govern itself.

That has to change. The election set for Nov. 8 will enable the city’s voters to approve a home-rule charter that allows City Hall to make its own rules. That makes sense, right? Well … it does!

I have looked around Princeton for outward signs of political activity regarding the home-rule charter. I haven’t seen a lawn sign, or a bumper sticker, or received a push card or seen any pamphlets extolling the virtues of home-rule governance.

As I understand it, state law bans governments from spending public money to campaign for issues such as home-rule charter. It doesn’t appear to disallow city officials from acting on their own time, spending their own dime and devoting their off-duty efforts to pitching this important measure.

It should never have come to that, but it might.

I am going to hope for the best that enough voters will realize the importance of a growing community such as ours to take charge of its own affairs. It’s a big … deal, man!