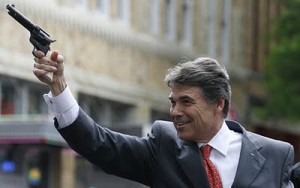 Am I the only Texas resident who’s a bit concerned that the word “Texas” has become a metaphor for “crazy,” “nuts” and otherwise “bizarre”?

Social media have gone aflutter with some stuff out of Norway, where publications have let it be known that “Texas” is now being used as a pejorative term in Norwegian.

Some of my Texas friends, notably native Texans, have blown it off. No big deal, they say. One of my friends takes it as a sort of backhanded compliment, meaning that them damn Euros are going to wish they were more like Texas when they get overrun by all the immigrants fleeing violence in the Middle East.

Well, let me state that as someone who chose to move to Texas in 1984 and whose life is now firmly ensconced in the Lone Star State, I find the description more than mildly worrisome.

Norwegians have hung a label on Texas that shouldn’t make us proud.

As Erica Greider notes in her Texas Monthly blog, Norwegian print media have been using the term “Texas” by lower-casing the “t” in the word. The only folks I’m aware of who can get away with that would be Texas A&M University Aggies, who occasionally refer to their archrivals in Austin as being from “texas university.”

As Greider reports: “Here is an article from Aviso Nordland from March 2014 about reckless international truck drivers traveling through the northern part of the country. Norwegian police chief Knut Danielsen, when describing the situation, tells the paper that ‘it is absolutely texas.’”

Did you get that?

A dear friend of mine told me that many Americans outside of Texas view our state in the same way as Norwegians. She gave me a pass, though, saying I “didn’t count” because I happen to be a native of Oregon. Bless you, my dear.

Still, I came here on purpose many years ago. My wife, sons and I like living here. One of my sons married a native Texan and they have produced a little girl — our precious granddaughter — who’s a native Texan.

I don’t want any of them, especially little Emma, to be stigmatized in this manner.

Yes, many of our state’s politicians have brought this ridicule on themselves — and our state.

The natives might not think much of it. Perhaps the rest of us think differently. Hey, those Norwegians are poking fun at the choices we made moving here in the first place.