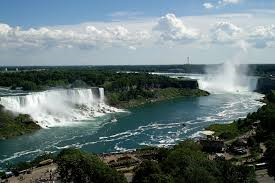 As long as we’re talking about building walls to keep illegal immigrants from streaming into our country, let us ponder some things.

My wife wondered recently about the proposed Trump Wall along our southern border. “What does Donald Trump propose to do about those who would tunnel under the wall?” she asked.

Good question, Girl of My Dreams.

What does Trump propose for the wall and how deeply does he want to sink it into the dirt along our 1,900-mile-long border with Mexico? Ten feet, 20 feet, 30 feet … 100 feet!

Has he heard about how the infamous drug kingpin El Chapo dug his way out of that maximum-security prison in Mexico?

OK, so Trump has been joined in the Build-a-Wall chorus by Wisconsin Gov. Scott Walker, who said over the weekend it’s worth considering a wall between the United States and Canada.

That one would be roughly double the length of the Trump Wall.

Remember that we have a significant border with the Canadians along our Alaska state line.

So, not only would a U.S.-Canada wall stretch 3,000-plus miles along our countries’ east-west border, it would go another 1,200 or so miles north and south from the southern tip of the finger of Alaska that deeps south to, um, the Arctic Ocean — wa-a-a-ay up yonder.

And while we’re on the subject of the northern border, Gov. Walker, what are you going to do about some shared attractions?

Niagara Falls — which my wife and I visited in 2011 — comes to mind immediately.

This wall-building rhetoric is easy to throw out there. It gets applause and cheers from the Republican Party faithful.

However, this nonsense requires some serious thought … which we have not yet heard from any of the people who want to be president of the United States.