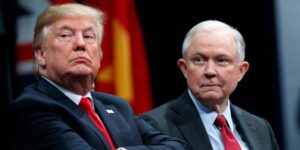 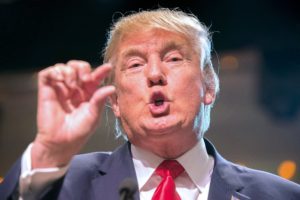 I actually think about things such as this, so I’ll share it with you.

What is the worst-case scenario that could erupt upon the submission of special counsel Robert Mueller III’s report to Attorney General William Barr? In my mind, it’s not what you might think.

The worst case well could involve a finding by Mueller’s legal team that Donald Trump did not commit any crimes associated with the alleged “collusion” with Russian government officials. He might determine that there are no grounds for potential impeachment. His findings well could clear the president of doing anything wrong.

I have declared my willingness to accept whatever result Mueller produces. He’s a pro. Mueller’s integrity is beyond reproach, despite what Trump says to the contrary.

The worst case involves more directly what I expect to be the president’s reaction to those findings.

We all know that Donald Trump has an incurable Twitter fetish. He tweets day and night. He watches TV and tweets about what he sees. The president listens to the love heaped on him from Fox News and other right-wing media outlets and expresses his undying love for them. He tears into the “fake news” media and anyone who says a single critical thing about him.

I am trying to fathom how Americans are going to withstand the Twitter torrent, the tirade and tumult that well could erupt if Mueller produces a report that says, “Sorry, I got nothin’.”

Is this president wired to accept those findings like a gentleman? Will he simply shrug and thank Mueller for his service to the country and then put the issue to bed? Oh, no! I don’t believe that would happen.

Of course, I also shudder to think what he would do if Mueller comes up with a different conclusion, or if the federal prosecutors in the Southern District of New York hand out some more indictments involving, oh, let’s see . . . Ivanka and Jared, Don Jr., or perhaps even the Big Man himself.

There are political remedies for that occurrence and I suspect that congressional Democrats and even their Republican colleagues might come to a meeting of the minds on how to react to that development.

It’s the exoneration that gives me pause. Not by itself, mind you. But it’s how POTUS will respond.

I’m so anxious for this chapter to close.