The proverbial light bulb flashed on in my skull the other evening as I was listening to a young Sirius XM reporter offer her view on how Donald J. Trump got elected president of the United States.

She noted that voters elected an “entertainer,” someone they knew via his reality-TV exposure. He brought that personality with him to the presidential campaign and . . . presto! He won!

Then it occurred to me. Voters are susceptible to this kind of nonsense. Indeed, I witnessed a case of unfold up close in Potter County, Texas, in 2000. That was the year voters in the Texas Panhandle county elected a profoundly unqualified — and as it turned out, profoundly corrupt — individual as their sheriff. 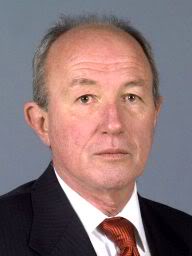 Mike Shumate won that year’s Republican Party primary for sheriff, defeating a man who had served with distinction as the chief deputy under Sheriff Jimmy Don Boydston. Art Tupin, though, did not have Shumate’s cult following developed over the years he ran the Amarillo Police Department’s Crime Stoppers program.

Shumate was a media star in the Texas Panhandle. That stardom translated to votes in that year’s GOP primary. He would sound off on radio stations talking about how APD would arrest criminal suspects, how the courts would convict them and how a fictional prison character named “Bubba” would receive the criminal once he got sentenced.

Man, the guy was a laugh a minute.

Except that he had no business running a sheriff’s department in a county comprising a population of around 125,000 residents. Shumate’s tenure as sheriff didn’t end well. He lost his job after being convicted of embezzling funds and serving time in a Texas Panhandle jail.

The point here is that voters too often become suckers for a personality. They glom onto an individual’s “star status,” ignoring his or her actual qualifications. Donald Trump benefited from the form of “cult of personality” that surrounded him as he campaigned for the presidency; meanwhile, more qualified GOP opponents never got the traction they deserved while this carnival barker kept piling up victories in state after state.

I’m going to make some assumptions about the upcoming race for Potter County judge in 2014.

One is that the two most serious Republican candidates already have declared their intention to seek the seat now held by County Judge Arthur Ware. The other is that no serious contender is going to enter the contest. A third assumption is that there won’t be a serious Democrat running for the seat, given that the Potter County Democratic Party is virtually comatose.

Ware, who’s not running for re-election, has endorsed McCartt — which shouldn’t be a surprise given that he fired Tanner from her county job earlier this summer for reasons he hasn’t yet explained.

So the question becomes: How will these women present their political credentials and what will they say is their strongest suit?

Tanner has a long list of actual accomplishment on her dossier. She’s run the court system; she has been at Ware’s side during the two decades Ware has been county judge; and she’s done much of Ware’s actual job since the judge suffered a devastating stroke in 2010. She knows the county well. She is well acquainted with county department heads and elected officials.

McCartt’s history is quite different. She served as mayor for three terms after serving a couple of terms on the Amarillo City Commission. McCartt is an immensely popular personality in Amarillo. She loves the city and served admirably as Amarillo’s chief spokeswoman during her mayoral tenure. However, the city’s political structure doesn’t give the mayor much actual power; the administrative duties are done by the city manager. Furthermore, the mayor and the four commissioners all represent the same constituency, since they all are elected at-large. But I’ll go back to my thought about McCartt’s personal popularity. It’s huge and I believe it will matter a great deal when the two candidates square off in public forums to debate the issues.

Potter County voters already have demonstrated a tendency to go with popularity over professionalism, as they did in 2000 when county Republicans nominated Mike Shumate to be sheriff over Art Tupin. Shumate had a checkered career with Amarillo Police Department, but developed a cult following when he ran the APD Crime Stoppers program; Tupin, meanwhile, served as chief Potter County deputy sheriff under Jimmy Don Boydston and was eminently more qualified for the job than Shumate. That didn’t matter to county Republicans. Shumate then breezed to victory in the general election that year over a Democratic candidate no one has seen or heard from since the votes were counted.

I am thinking the same dynamic may play out in the Tanner-McCartt race.

Tanner’s learning curve would be much less severe than McCartt’s, given that Tanner has done much of the job already and McCartt has little actual hands-on experience with managing the complexities of government.

Let’s all stay dialed in on this contest. It’s going to be a fascinating campaign that likely might reveal lots of things about Potter County’s voting public.

Potter County Judge Arthur Ware has announced — in a statement delivered by his wife — that he won’t run for re-election in 2014. He is to be commended for realizing the obvious, that his 2010 stroke has rendered him incapable of campaigning for his office, let alone performing the duties that go along with it.

Then came this thunderbolt: Ware has endorsed former Amarillo Mayor Debra McCartt, who plans to announce soon her intention to run for the office. You want more theatrics? We have Nancy Tanner, Ware’s one-time right-hand woman, who worked as his administrative assistant for 20 years before being fired summarily for reasons that haven’t yet been disclosed publicly. Tanner also wants to be the judge, and she contends she has the chops to do the job, given her vast knowledge of court matters, probate and much of the detail that goes with it.

Let’s backtrack about 13 years to the 2000 Republican campaign for Potter County sheriff. Longtime Sheriff Jimmy Don Boydston stepped aside. Up stepped his chief deputy, Art Tupin, Boydston’s go-to guy at the sheriff’s office. Tupin was supremely qualified for the job. He didn’t win the GOP primary that year. The winner turned out to be Amarillo Police Officer Mike Shumate, the former head of the APD Crimestopper program, who went on to trounce an unknown Democratic opponent. How did Shumate win the primary? He had developed something of a cult following because of his rather, um, colorful way of portraying bad guys and the way he would seek to drum up tips from radio listeners that would help the police department solve crimes.

In a perfect world, Shumate wouldn’t have been elected. He wasn’t nearly as qualified as Tupin for the job. As it would turn out some years later, Shumate got himself into some serious trouble and was convicted of crimes relating to the sheriff’s department relationship with vendors supplying food and other materials to the jail. He was kicked out of office and sentenced to a jail term in Armstrong County.

Now we have another case of a popular public figure, McCartt, possibly running against someone, Tanner, who on paper is far more qualified for the job both of them likely want.

Please understand: I am not equating McCartt fully with Shumate. The comparison I want to make is as an overarching public personality. McCartt served three successful terms as mayor until 2011. But as the mayor in Amarillo’s system of government, she didn’t do any heavy lifting. Her job — which she did magnificently — was to be the city’s voice and face. She remains an ardent advocate for the city and she is to be saluted for the job she did in trumpeting the city’s many virtues.

All the nuts and bolts are handled by the city manager and his staff.

I have kidded McCartt many times over the years that I think she’s really a hologram, in that she was able to be at several places at the same time.

Nancy Tanner is another kind of public figure. She isn’t nearly as well known beyond the county courthouse. She was a workhorse for the county judge. By my reckoning, Tanner possesses a superb knowledge of county government. I believe that in all the factors that ought to matter, Tanner is more qualified for the job than McCartt — just as Art Tupin was more qualified to be sheriff than Mike Shumate.

I admire both Tanner and McCartt greatly, for reasons I think I’ve made clear in this blog post.

The question now becomes: If the campaign boils down to these two individuals, who will the voters select? If history is a guide, I’d have to say the stars are lining up in McCartt’s favor.

Then again … there might be someone else who can make the most compelling case of all for succeeding Arthur Ware.

I absolutely am going to watch this campaign with keen interest.