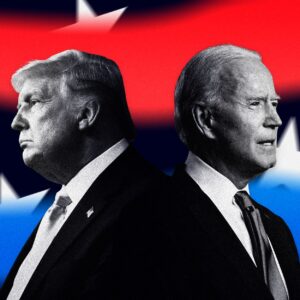 I want to introduce a new term to this blog, which I will call “selective indignation.” It comes from the right-wingers who suggest that had Donald Trump said some of the wild things that come from Joe Biden’s mouth, the “left” would be going bonkers.

Really? Well, maybe so. Except that Donald Trump would say things and would demonstrate a cruel streak the likes of which I have never seen in a president of the United States.

And have you taken the time to listen carefully to the way Donald Trump seeks to articulate a point?  I would be willing argue, furthermore, that the Donald Trump of 1992 is a much more formidable debater than the Trump of 2022.

Rather than the left going nuts, we have the right frothing at its mouth. The latest Biden gaffe involves his calling out a congresswoman who has been deceased since August. “Where is she?” Biden asked at a public event the other day. She’s dead, Mr. POTUS.

And so … the right wingers out there are pointing fingers are suggesting that they have been right all along, that President Biden lacks the mental snap to serve in the world’s most powerful office.

OK. I won’t go there. I am not going to climb onto that political haywagon. The man made a mistake. I accept that it’s a beaut. It is not an indicator of anything more serious. If someone can produce any actual “evidence” of decline, then let ’em show us what they have.

Until then we have two sides of this great divide arguing among themselves over whether one side is reacting unfairly and tossing the “what about” argument that tries to defend the conduct of a politician on the other side.

Take it from someone who has lived with a loved one suffering from actual decline in mental acuity, what we are seeing in the president doesn’t qualify. 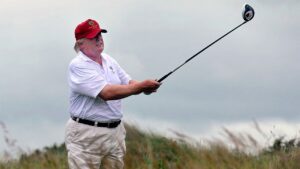 Ronny Jackson keeps yammering nonsense that challenges President Biden’s fitness for high office, without bothering to offer any solutions of his own on how to guide the nation.

I have stopped expecting anything constructive from the Amarillo Republican member of Congress.

As long as we’re talking about mental acuity, though, I want to offer a suggestion for Donald J. Trump to ponder: The former Imbecile in Chief ought to consider submitting to such a test for himself.

I mean, any former POTUS who would suggest he could “declassify top-secret documents simply thinking about doing so” clearly has a screw loose in his fluffy noggin.

What kind of brainless idiocy is that? Trump took top-secret documents from the White House and squirreled them away at his Florida mansion.

Earth to The Donald: You can’t “declassify” anything just by “thinking” about doing it.

As for Jackson, he ought to ponder whether the moronic observation from his hero should require him to take another test of his mental fitness.

I am running out of ways to say what I believe in the deepest regions of my gut, which is that those who suggest that President Biden doesn’t have what it takes to do the job just aren’t paying attention, they aren’t listening to his words or watching how he interacts with other heads of state and political leaders here at home.

I keep hearing from some of my own critics that Biden has lost a step. That he needs what Congressman Ronny Jackson of Amarillo keeps insisting is a “cognitive test.” That he lacks the mental acuity to figure out the myriad problems that plague the nation.

Good grief! Give me a fu**ing break!

The president is sharp enough to do the job. He remains engaged in the political process. He continues to remind us that he’s on top of matters. And, yes, the man can string sentences together and can communicate in a way that makes sense … at least he does to me.

Now, to be sure I have been accused myself of being a little slow on the uptake. One critic recently said I am “naive” to think that the inflated cost of goods and services are dragging down the president’s poll numbers; he said many factors have contributed to Biden’s polling decline, that he cannot do the job.

Is the president a flawless orator? Do the words flow like fast-moving stream from his mouth? No. They don’t. Remember this about Joseph R. Biden Jr.: He grew up fighting a debilitating stutter. He conquered it through tough persistence and patience. Anyone who has suffered through such a challenge can relapse on occasion.

Believe me when I say such a thing, because I know how that happens; it happens to me on occasion. I, too, suffered through some speech issues as a boy. I can get rattled when speaking in public. When that happens, the words at times do not flow freely.

Is the president of the United States immune from the occasional lapse? Of course not!

And if we’re going to compare how this president communicates with, say, his immediate predecessor, I encourage anyone to read the text of Biden’s unrehearsed comments and compare them with what rolls out of Donald Trump’s mouth.

President Joe Biden has all the snap he needs to do the job to which he was elected.