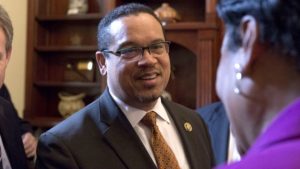 I won’t presume for one second, an instant, an eye-blink that U.S. Rep. Keith Ellison read my earlier blog post about his quest to become the next head of the Democratic National Committee.

I was critical of a sitting member of Congress seeking to lead a national party, thus jeopardizing his ability to do the job to which he was elected.

So, what does Ellison do? He pledges to quit his House seat if the party selects him as its next chairman.

He wants to be a full-time Democratic Party chairman, which is a good thing if you’re a Democratic partisan. The party is in trouble, having lost the White House to Donald J. Trump and failing to gain control of the Senate.

It turns out that many Democrats had the same concern. They didn’t want Ellison to split time between serving his Minnesota constituents and tending to fixing a party in deep trouble.

So he’ll quit the House.

I won’t presume he read the blog. It’s fair, though, to ask whether he maybe, perhaps saw it … or heard about it. 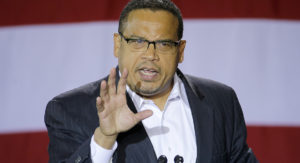 Keith Ellison has a full-time job that pays him about $174,000 annually. He gets a nice office and a staff of professionals to help him tend to business. Ellison has a lot of other perks associated with his office.

Ellison is a member of Congress, representing a congressional district in Minnesota. The people he represents in Congress need him on the job full time.

Is he satisfied with that important post? Oh, no. He wants to run the Democratic National Committee. He wants to take another full-time job that, by my way of looking at it, removes from the job he was elected to do.

I don’t know much about Ellison, except that Democrats like trotting him out to speak on behalf of party policy … or to criticize Republicans, such as, oh, Donald J. Trump.

My concern about Ellison seeking the Democratic Party chairmanship doesn’t have nearly as much to do with that job as it does the job he already is doing.

I believe the DNC needs to look to someone other than a full-time congressman to lead the party. Ellison’s constituents deserve to have their guy on the job full time, not part time while he expends energy trying to shore up the national party.

Congress already suffers from dismal public opinion ratings. Last time I looked at a national average of polls, Congress’s approval rating stood at around 15 percent. Ellison’s role as one of 435 members of the House of Representatives likely doesn’t factor into the body’s abysmal public approval rating.

It ought to matter, though, to the residents of his congressional district. They sent him to Washington to fight for their causes and concerns. They’re paying him pretty good money to do that job. He ought to answer only to his constituents — and leave the effort to rebuild the party to someone who’s got more time on his or her hands. 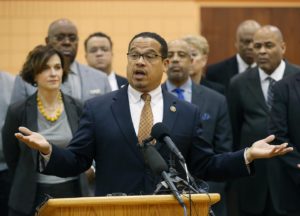 Keith Ellison is getting a lot of buzz these days as the Democratic National Committee looks for a new party chairman.

He should back off the notion that he’s the best man for the job.

Ellison is a congressman from Minnesota. He is employed by his constituents to do a full-time job on their behalf. He needs to answer mail from those who are concerned about, oh, Social Security checks, veterans benefits, federal aid of all stripes.

He earns a six-figure salary to do those kinds of things. Yes, he has a staff to deal with “constituent service.” Ellison, though, is the guy his district elected to his public office.

Running a major political party also is a full-time endeavor. It requires the chairman to devote his or her attention to the task at hand, which is ensuring victory for political candidates and to deliver whatever message the party wants delivered.

That job also pays handsomely and those who work in the trenches on behalf of the party deserve a full-time chairman.

Can a member of Congress do both jobs? Can he do them correctly and with all the dedication and energy they both demand?

Unless the congressman is gulping large quantities of Red Bull or espresso, I do not believe he can do either job the justice each of them deserves. Truth be told, I am more interested in whether he could serve his constituents fully than I am in whether he can lead his party.

What’s more, as a federal lawmaker, he makes decisions affecting the rest of us — regardless of our party affiliation.

The DNC has a lot of capable individuals from which it can choose to lead the party. I am sure Ellison has convinced himself he’s the man for the job. 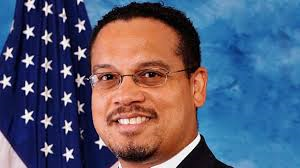 He has just posted this item on social media. I feel compelled to share it here.

He is answering two leading Republican presidential candidates’ recent assertions about those who practice the Islamic faith.

“The freedom of religion is a founding principle of our nation. Our Constitution gives this right to all Americans – including elected officials. For Ben Carson, Donald Trump, or any other Republican politician to suggest that someone of any faith is unfit for office is out of touch with who we are as a people. It’s unimaginable that the leading GOP presidential candidates are resorting to fear mongering to benefit their campaigns, and every American should be disturbed that these national figures are engaging in and tolerating blatant acts of religious bigotry.”

I believe I’ll let Rep. Ellison’s words stand on their own.