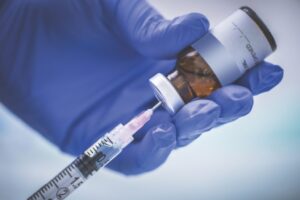 Joe Rogan has become a medical expert in the eyes of those who are defending pro football quarterback Aaron Rodgers’s decision to take Ivermectin to ward off infection from the COVID-19 virus.

Rogan is a talk-show host. He also is a promoter of mixed martial fights and fighters. He talks a good game. He isn’t trained as a medical professional. Rogan just, oh, talks on subjects about which he knows nothing.

I guess Rogan is friends with Rodgers, who plays QB for the Green Bay Packers. Rodgers told the world he had been “immunized” against the pandemic. Turns out he wasn’t.

The Ivermectin is known generally as a de-worming agent used on horses and cattle. OK. You got that?

A critic of this blog informs me that medical doctors prescribed the drug to Rodgers and Rogan. I get it. They found docs who would prescribe something that other docs say isn’t worth a damn in fighting the virus. Big deal.

None of this makes Aaron Rodgers’s deception any more palatable. Nor does it give Joe Rogan any standing as a medical expert who is qualified to talk about things of which he is ignorant.