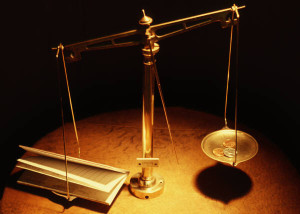 I’ll admit to being one of those millions of Americans who is horrified at the notion of a President Donald J. Trump.

The horror comes not so much from whether he can achieve all the idiotic policy goals he’s set out. It comes from the idea of this guy speaking his mind in public, of having his words heard around the world by people who expect high-minded rhetoric from the head of state of the world’s greatest nation.

Yep, by golly, we’re still the top dog on Planet Earth — and whatever Trump says to the contrary is just so much horse manure.

I’m going to offer, though, a view that might put your mind to rest at least a little bit over what makes some of us afraid … very afraid.

That stuff about building the wall and making Mexico pay for it? How about the notion of banning Muslims from entering the country because of their religious faith? How about the idiotic tax plan that economists say simply will not work? Or the idea that he’ll single-handedly bring jobs back that have been lost to Japan, China and Mexico?

Trump’s not going to get any of that done without help from Congress. Who controls the legislative branch of government? Republicans, that’s who.

Yes, the very Republicans who at this very moment are working overtime, behind closed doors, sweating bullets … trying like holy hell to deny Trump the presidential nomination of their party.

Imagine what might happen, thus, if they fail in their bid to deny him the nomination. Now imagine — and this is the real stretch — Trump actually defeating the Democratic nominee to become the 45th president of the United States.

The Democrats are almost certain to nominate Hillary Rodham Clinton. Sure, she’s got baggage of her own. However, she possesses a formidable political machine.

If hell freezes over and lightning strikes multiple times in the same spot — and the sun starts rising in the west — Trump could be elected.

If that happens, do you really think he’s going to have any easier of a time getting anything done in a Congress dominated by Republicans — presuming the GOP even manages to maintain control of the Senate? And that seems like a potentially tall order in any event, given the electoral matchups involving many potentially vulnerable GOP senators.

And if Democrats take back control of the Senate competing fiercely against a Republican ballot led by Donald J. Trump, well, then Trump’s myriad cockamamie ideas become even more remotely doable.

There. Do you feel better now? 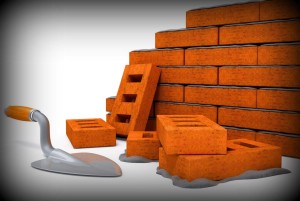 The wall that Donald Trump keeps yapping about might get a bit longer.

The Republican presidential primary front runner wants to build a “beautiful” wall along our southern border. He says he can do it because he’s “good at building things.” It’ll run 1,900 or so miles.

Now comes Wisconsin Gov. Scott Walker, one of the thundering herd of challengers seeking to catch Trump. He wants to out-Trump The Donald. How? He says he’s “open to the idea” of building a wall across our northern border, the one that separates the United States from Canada. It’s been the longest unsecured border in the world since, oh I guess maybe forever.

He said this on “Meet the Press”: “Some people have asked us about that in New Hampshire. They raised some very legitimate concerns, including some law enforcement folks that brought that up to me at one of our town hall meetings about a week and a half ago … I think we need to secure borders in general.”

While we’re at it, let’s build underwater obstructions along the Pacific, Atlantic and Gulf coasts. You know, the kind of things the Nazis erected along Normandy as they sought to fight off the D-Day invaders in June 1944?

We’d need to keep shipping lanes open, of course. But if we’re going to “secure our borders in general,” as Walker suggested, then by golly, let’s go all in.

The last thing we ought to do is sand blast that inscription from the base of the Statue of Liberty, which says to other nations they are welcome to “Give me your tired, your poor, your huddled masses yearning to breathe free … ”