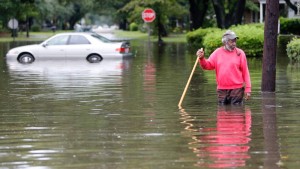 Lindsey Graham’s home state of South Carolina is in dire peril in the wake of record-setting floods.

The U.S. senator wants the federal government to assist his constituents in helping them recover from the tragedy … as he should.

Graham, a Republican candidate for president, wasn’t so generous when it came to providing aid to help Hurricane Sandy victims in New Jersey. He voted against that request.

Graham voted no on Sandy

Remember that tornado that tore through Joplin, Mo., in 2011? Then-House Majority Leader Eric Cantor, R-Va., said Congress needed to cut money from other agencies to pay for the relief effort.

Tom Cotton was a Republican House member from Arkansas when the Sandy relief package came to a vote. He voted “no,” declaring that Arkansas shouldn’t have to bail out a Northeast state.

This kind of duplicitous thinking is common in Congress.

As for Graham, he’s just the latest in a long and infamous line of politicians who demand help for their own constituents while giving other Americans the back of their hand. 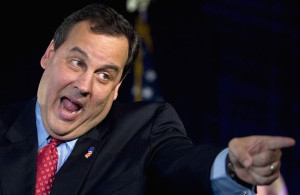 New Jersey Gov. Chris Christie needs to come clean on a statement he made during Thursday night’s joint appearance with nine other Republican candidates for president.

He said something about being “appointed U.S. attorney” on Sept. 10, 2001, a day before “the world changed forever” during the 9/11 terrorist attacks.

President Bush appointed Christie to be U.S. attorney in New Jersey on Dec. 7, 2001. But to make some kind of argument against U.S. Sen. Rand Paul during the Thursday night “debate,” he said he’d been named to the job the day before those attacks and that on the day of the attacks he was “hugging” family members of victims.

Look, I happen to like Gov. Christie. I hope he does well during the upcoming GOP presidential primary campaign. I like his no-nonsense approach to problem-solving, his sometimes-blunt talk, his can-do attitude — and I even like the fact that he hugged Barack Obama when the president came to the Jersey Shore to inspect the damage done by Hurricane/Super Storm Sandy on the eve of the 2012 presidential election.

However, he need not inflate his resume by putting himself a tad too quickly into a federal office just to score political points.

But he’s written an essay that sums up what many are beginning to sense already: The race for the 2016 Republican presidential nomination well could provide as many laughs as the 2012 campaign did.

Simon’s commentary ticks off the dog-and-pony show that was known as the Iowa Freedom Summit, hosted by U.S. Rep. Steve “Cantaloupe Thighs” King. You’ll remember this goof, saying a couple of years ago that illegal immigrants are able to smuggle heavy loads of drugs across the border because they’ve got “thighs the size of cantaloupes.”

It shouldn’t be this way. Most of the serious Republicans who might be running for president stayed away from the King-hosted circus. One of the serious guys, New Jersey Gov. Chris Christie, got criticized from the TEA party crowd because he threw his arms around Barack Obama, who ventured to the Jersey Shore in October 2012 to assess the damage done by Super Storm/Hurricane Sandy and vowed to provide federal help to New Jersey as it sought to recover from the destruction.

There were plenty of clownish moments at the Freedom Summit, as Simon revealed in his column.

A friend of mine, satirist and political commentator Rick Horowitz, noted that Republicans want to be considered thoughtful and capable of governing … then they trot out Donald Trump and Sarah Palin at this event.

The Republican Party is full of thoughtful and reasonable men and women. Why, though, do we keep focusing our attention on this collection of clowns?

I’m waiting to hear more from the grownups.