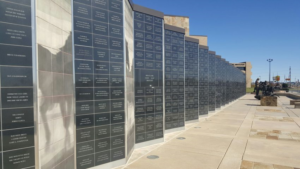 Amarillo Mayor Ginger Nelson has launched a petition drive to collect signatures from Texas Panhandle residents seeking to persuade the AQHA movers and shakers to stay put, to avoid relocating.

Fort Worth City Council has signed a 50-year lease agreement that well could result in the development of a site where the AQHA Museum, a fixture in Amarillo for 70 years, could be relocated.

The story apparently is causing a stir in Amarillo, which doesn’t want to lose the iconic institution, created in Amarillo to salute the ranching industry that has been so vital to the development of the Panhandle since the mid-19th century.

This is no great flash, but it is going to take a whole lot more than thousands of names attached to a petition to keep the AQHA anchored in the Panhandle. It will take some financial inducements, as in real American money.

I don’t know what those inducements would include. I do know that the Amarillo Economic Development Corporation in the past has employed an aggressive strategy to lure businesses to the region in the name of job creation. It uses a portion of sales tax revenue it collects to help start-up businesses, or to lure big-time employers to the region. The Bell-Textron aircraft assembly operation and the Hilmar Cheese plant in Dallam County are two prime examples of the success enjoyed by AEDC’s strategy.

I don’t know if there is a provision in AEDC’s charter that allows such inducements that would apply to retaining an existing organization, or even if there is much actual job growth associated with such a plan.

All I am left to presume is that signatures on a petition carry the same tangible value as political leaders sending “thoughts and prayers” to victims of gun violence.

This effort to keep AQHA where it’s been for seven decades doesn’t look terribly promising. 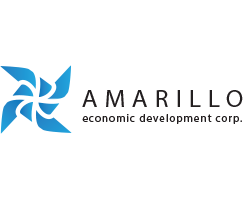 Amarillo has just witnessed yet another example of the wisdom its voters exhibited in 1989 when they approved the Amarillo Economic Development Corporation.

AEDC has pledged $69 million to Texas Tech University as an inducement for the construction of a school of veterinary medicine in Amarillo.

For the past 29 years, AEDC has had its share of successes of varying degrees of significance. Has it batted a thousand? No. There have been some misfires. But the Tech vet school initiative is a big deal that over time is going to rank up there with another huge catch that AEDC managed to reel in.

I refer to the Bell/Textron aircraft assembly operation along Airport Boulevard, next to Rick Husband Amarillo International Airport. AEDC kicked in about $45 million in 1998 to bring Bell back to Amarillo from Fort Worth.

Critics of that initiative bitched out loud about it. But the funding mechanism that AEDC uses was put to good use when Bell decided to build the assembly plant where it puts together the V-22 Osprey tiltrotor aircraft; the Bell operation has expanded as well, with work on various military helicopters.

AEDC collects money from a half-cent sales tax derived from the purchase of goods and services. Over many years, AEDC has built a significant fund that it invests to allow it to grow and which AEDC then uses to lure prospective businesses to Amarillo — and to the greater Panhandle region.

The Hilmar Cheese project is another AEDC project that has paid off handsomely for the region. Yes, the plant is in Dalhart and AEDC’s involvement in granting public money did attract some negative response. Then-AEDC head Buzz David dismissed the criticism, noting correctly that the jobs created by the cheese operation would ripple across the Panhandle and, yes, into Amarillo. And they have.

Amarillo voters delivered a visionary endorsement at a time when the city — indeed, the region and the state — were going through a difficult economic period. The late 1980s was an unhappy period in Amarillo, but the creation of AEDC perhaps demonstrated a community’s need to roll the dice on a new endeavor that at the time presented only the promise of a better day.

That promise has been delivered. 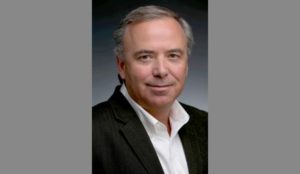 Amarillo has a new director/president/CEO for its economic development corporation.

Welcome, Barry Albrecht, to Amarillo and good luck to you as you start your new gig as head of the Amarillo EDC.

Here is my particular hope: Turn the AEDC loose to pursue job growth and to lure businesses using a tiny portion of tax revenue generated by the purchase of goods and services within the city.

Albrecht seems like a top-drawer kind of guy with plenty of economic development experience in his background.

City Hall, though, did something this past spring that created a bit of concern. It essentially demoted AEDC, rolling many of its economic development functions into existing City Hall departments. Buzz David retired as president/CEO and the city took a good bit of time looking for a suitable replacement.

AEDC has been an important part of the city’s economic growth since its inception in 1989, when voters approved a measure that sets aside a half-cent of sales tax revenue for the purpose of luring business and industry to Amarillo.

AEDC has scored some monumental successes over the years using this strategy. I will cite two of them:

* Bell Helicopter’s massive aircraft assembly operation next to Rick Husband Amarillo International Airport. The AEDC, as I recall, pledged tax incentives and actual cash amounting to around $45 million to lure Bell back to Amarillo in 1999 to assemble the V-22 Osprey tiltrotor aircraft. Yes, it’s a lot of money. It has paid off rather handsomely.

* The Hilmar Cheese Plant in Dallam County. This project drew some criticism from those who wondered out loud why AEDC was granting money to a company to build an operation way up yonder in Dalhart. Buzz David was adamant that the investment would bode well for the entire region — including Amarillo. He was right.

Have there been hiccups along the way? Sure. But the AEDC has proved its mettle as an economic development inducement tool for Amarillo.

The city would do quite well to spring AEDC loose on its quest to use the resources it banks every year from sales tax revenue to expand existing business and to attract future business to the city — and, yes, the region.