So … the power blinked off for a few minutes today in our North Texas community. The outage appeared to be widespread.

Then it came back on for a couple of seconds, then it went dark again.

It stayed dark for, oh, about 15 more minutes. It’s back on at this moment.

Truth is, though, I am getting the heebie-jeebies over the status of our electrical system. It’s not supposed to be this squirrely. I mean, we live in the energy capital of the universe. We’re supposed to be the highest of the high-tech regions anywhere on Earth.

Memories of the Winter of 2021 are too fresh in our minds. The power went out for several days during the killer freeze this past February.

I get that we cannot control every single aspect of our lives, given our reliance on technology that, after all, is developed by fellow fallible human beings.

Still, this brief power failure makes me nervous as all get-out.

Oh, I should add that the weather today is spectacularly gorgeous.

I am going to hope for the best. 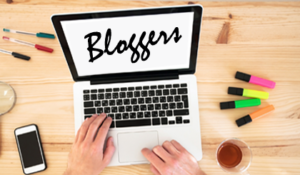 This next blog post is going to sound perhaps a bit boastful.

High Plains Blogger crashed inexplicably this morning. I couldn’t open it up. I couldn’t post anything new. I was struck. Frozen. High-centered. I called one of my sons, who’s in the business of trouble-shooting people’s computers. He pointed me to the outfit that “hosts” this blog.

I called GoDaddy. Three clicks on the cell phone and I was speaking to a human being, a living, breathing young man.

He asked me about the nature of my call. I told him.

Then, as I was explaining the situation with my blog, how it crashed and how frustrated I was becoming at being unable to restore it, it occurred to me — in real time — that I was communicating effectively with a young man who is fluent in another language altogether.

Computer speak is a language that I do not to this very moment understand fully. It contains a lot of jargon that only computer techs/geeks understand. It’s almost like lawyers, doctors, engineers — for that matter, journalists — only understand. They speak in coded language designed to facilitate problem-solving.

I’ve had previous discussions with computer techs in which I’ve had serious trouble making my case. I have unable to state with any clarity the issue at hand. I’ve apologized more times than I can remember to these 20- or 30-somethings about my ignorance. Without fail, they chuckle and tell me, “That’s all right, sir. I understand. Take … your … time.”

However, today I was able to blurt it out with relative ease — with “relative” being the key word.”

I will make zero pretense at being fluent in this kind of language. I will consider myself to be minimally conversant.

Both of my sons are much better at this language than I am. I get it. That’s the way it is. And I expect my 4-year-old granddaughter to pick up on this language in due course. Indeed, she well might be learning the basics already.

However, today marked something of a milestone for this old timer as I got through two relatively painless phone conversations with young computer techs.

I don’t speak their language entirely. At least, though, I can declare myself to no longer be a total and utter doofus as it regards this computer lingo. 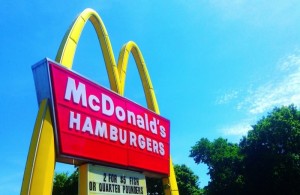 Technology is driving me nuts.

Batty and bonkers, too.

Cell phones are doing more and more. Everyone is in touch 24/7 with everyone else on the planet. It all makes my head spin.

Then came a moment this morning when all I wanted was a fast-food hamburger at a well-known chain of burger joints. I busted out laughing.

I had finished a fascinating session this morning talking to high school juniors about whether they wanted to pursue a career in journalism. The event occurred at the Discovery Center in Amarillo and — just as in previous years — the kids were attentive, articulate and engaged in what my fellow panelists and I were telling them.

I was driving down Soncy Road to one of my part-time jobs. I peeled off the street and stopped at McDonald’s.

I needed a quick bite to eat before I went to work. I walked in. A nice lady greeted me with a “Good morning, sweetheart,” and then pointed me to this enormous electronic touch-screen board where I could order my meal.

Did I want to build my own burger? Did I want small or large fries? Did I want a drink to go with it? Was I going to pay with cash or with a credit card?

I touched the screen to answer all those questions.

My head was spinning. I just wanted to walk to the counter, order my lunch, pay the person and wolf it down before heading off to work.

The high-tech wizardry made me recall when I worked at McDonald’s back in the day. That would be in the mid-1960s, an era before minimum wage; I earned one whole dollar an hour.

Burgers cost 19 cents; cheeseburger cost 29 cents; milk shakes cost a quarter; a fish sandwich cost 29 cents, too;  big burger was the double-meat burger … and I forget how much it cost (might have been 49 cents). We had a short array of soft drinks — Coke, root beer, orange drink — and coffee. That was it.

These days you have to learn a whole new skill set … just to order a burger!

Hey, I like technology as much as the next guy — most of the time.

I just don’t expect to get headaches while ordering a hamburger.