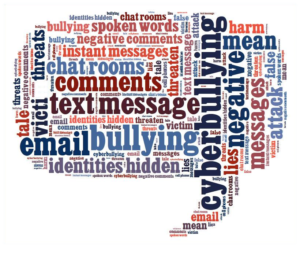 I hope y’all are sitting down.

I’m about to say something positive about Melania Trump, wife of the Republican presidential nominee who — in my view — is totally unfit and unqualified to occupy the office he is seeking.

She spoke this week about cyber bullying and said she intends to make that her signature issue if she becomes first lady.

The issue is a noble one. The goal is equally noble. She has articulated a serious problem in contemporary society. Children shouldn’t be bullied in any context, she said, particularly by faceless and nameless abusers who hide their identity in the vast reaches of cyberspace.

The problem, though, is the messenger. Melania Trump is married to a serial cyber bully. Donald Trump has used his Twitter account to bully and insult women, Gold Star parents, Muslims, Hispanics, immigrants … you name ’em, he’s bullied ’em.

The irony of Melania’s first lady theme is too obvious to ignore.

Still, the issue — standing alone and separate from the context in which she delivered it — is a worthy one. 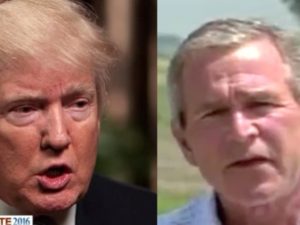 He needs one. He won’t do so. This is a fellow who’s never sought forgiveness. Isn’t that what he’s told us?

The GOP’s current presidential nominee has said that the parents of U.S. Army Capt. Humayun Khan have “no right” to speak out against his candidacy for the presidency. The Khans stood before the Democratic National Convention, where Khzir Khan gave an impassioned speech against Trump’s candidacy.

They are Gold Star parents. They are U.S. citizens. They are Muslims. Their son died in Iraq in 2004 while protecting his men from enemy fire.

Flash back to when President Bush was in office.

What was President Bush’s response? He said he “sympathizes” with Cindy Sheehan. He also said that she has every right to speak out. “This is America,” he said, noting that citizens are guaranteed the right to speak against the government.

Which one of them has responded appropriately?

The longer Trump continues his beef with the Kzhir and Ghazala Khan, the longer the backlash will continue … and build.

And the longer he will continue to disgrace himself. 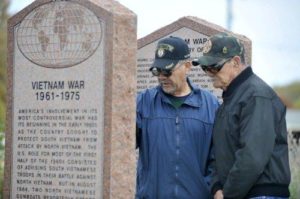 Bruce and Rosie Das are Gold Star parents with a singular mission.

They want to raise money to build a center that honors their son and others who have died in service to their country.

Bruce and Rosie have joined some other Amarillo-area residents on the mission. They seek to raise about $12 million to build an education center at the Texas Panhandle War Memorial, on South Georgia Street next to the Randall County Courthouse Annex.

Is there a more noble mission than to honor those who’ve paid the ultimate price for the freedom we all enjoy?

U.S. Air Force Capt. Eric Das was at the controls of an F-15 fighter jet in Iraq when he was shot down in the early weeks of the Iraq War in 2003. His parents and sister have carried on in the years since, relying heavily on their faith that has given them the strength to share openly their grief.

Now, though, they have joined with others in seeking to expand the memorial’s presentation to include an education center. It will be an interactive place, where children can learn more about the cost of freedom. It’s paid in the lives lost on battlefields around the world as the United States — the world’s most indispensable nation — has answered the call to fight tyranny and oppression.

They’re having a ceremony today at the Panhandle War Memorial.

Amarillo Mayor Paul Harpole, himself a Vietnam War combat veteran, will deliver remarks honoring the men whose names are inscribed on the stone tablets that ring the War Memorial.

I ran into Bruce Das a while back. We chatted a bit about the fundraising effort that’s ongoing to build the education center. He said “It’s progressing,” which is kind of a vague response. I trust and certainly hope — he’ll be able eventually to declare the event to be fully funded.

Today is the day we set aside to honor those who died for the rest of us. Let’s also honor the need to ensure that we never forget the sacrifice of those who died in service to the country — and the loved ones who will grieve forever.