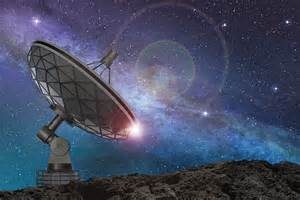 I answered one of those online, totally unscientific “polls” that asks if we believe there is extraterrestrial life out there. I said “yes.”

Then I learned that 64 percent of respondents answered the same way. Good. I am not the only one.

Nor are we the only living beings inhabiting the universe. In my view, at least.

What does it mean?

I haven’t a clue, other than it might affirm what I’ve believed since I was boy, which is that it is a virtual statistical certainty that — given the infinite size of the universe — that there must be some form of life out there that might rival little ol’ Earth’s life forms.

This does not mean any of these beings have called on Earth. I don’t believe in the notion that the government found evidence of ETs landing at Roswell and have covered it up for however long ago it allegedly occurred.

Do I believe the universe contains life other than what was created here on Earth? Sure. Why disbelieve something only because we haven’t seen it for ourselves?

As for whether there is life as “intelligent” as what has evolved on this planet, I am not holding my breath that humankind ever will know with absolute certainty.

But … they’re out there. I believe it. So should you.