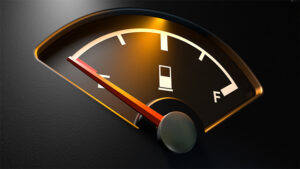 Here’s a word of advice for you, President Biden: Get a Plan B ready in the apparently likely event that your fuel-tax holiday doesn’t make the grade in Congress.

I reluctantly endorsed your idea of suspending the fuel tax for 90 days, Mr. President, only because I want some immediate relief from these monstrous fuel prices. Hey, I just returned from an errand this morning, stopped to put some diesel fuel into my truck, stopped the pump at $35 … and then saw that I barely moved the fuel-gauge needle.

What would suspending the diesel fuel tax do for me? Not much, Mr. President. But it’s something!

Whatever you have on the back burner, sir, well … I am thinking you’d better dust it off and get it ready to present.

I am among those Americans who continues to seethe that Republicans continue to resist every single idea that comes from the White House, Mr. President.

I know that’s why we pay you the big dough, Mr. President. Still, just a little give from the “loyal opposition” would give me a glimmer of hope that good government is still possible.

The Strategic Petroleum Reserve came into being at a time when the United States was being held hostage to the whims of oil-producing nations that sought to deprive this country of the fossil fuels it needs to function as the world’s most advanced nation.

We dug huge caverns and filled them with petroleum to hold in case we faced existential threats.

Well, we are facing them now with Russia going to war with Ukraine and with the price of energy skyrocketing to levels never before seen. President Biden has announced a plan to release 1 million barrels of oil each day into the marketplace for the next six months to help Americans fight the rising cost of energy.

I believe the time is right for such a move, even though in the past I have been skeptical of plans to use the SPR as an inflation-fighting weapon.

Those of us depend on fossil fuels to power our vehicles are feeling an incredible squeeze on household budgets. Will the SPR release make a huge difference? Probably not immediately. My own sense always has been with energy price spikes is that fuel prices zoom upward only to creep ever-so-slowly back down. Oil companies seek to boost profits quickly and are reluctant to let go of them even after they rake in the cash caused by the excessive costs they pass on to customers.

The Russians do produce a lot of oil. That supply is being jeopardized by the U.S.-led economic sanctions enacted after Russia invaded Ukraine. Thus, if we have the Strategic Petroleum Reserve standing by to use in case of emergency, then by all means we ought to use it.

To that end, President Biden is seeking to deploy a powerful weapon at his disposal. 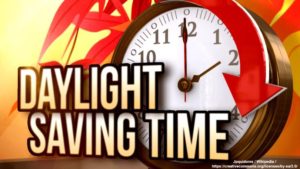 I like Daylight Saving Time. I like it so much I believe I now want the government to keep it year ’round.

Let me stipulate that I understand the laws of the cosmos, which is that half the year brings more darkness than light. It all has to do with the position of Earth in relation to the sun, how Earth tilts on its axis, providing the Northern Hemisphere with more daylight between the vernal and autumnal equinoxes (from March to September).

I also will stipulate that I don’t mind the switching back and forth between Daylight Saving and Standard times.

However, I do like the notion of keeping DST on the books all year long. My wife and I enjoy the late-in-the-day sunshine that motivates us to run our errands well into the early and mid evening.

Given that we’re retired now and we don’t have to be anywhere early in the day — which means we can sleep in a little if we so desire — that gives us more time later in the day to do this or that chore outdoors.

What’s more, my environmentalist tendency reminds me that we returned to DST during an energy crisis; the government thought it was important to preserve energy by enacting the Daylight Saving Time as a hedge against burning too much electricity — you know, to power the lights.

I wonder if Texas might consider joining some other states that have gone to DST permanently. Well … legislators? Are you game? 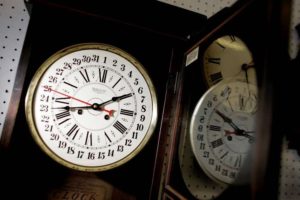 Do not count me as one of those twice-a-year crybabies who gripes and moans about the changes from Daylight Saving Time back to Standard Time, then back to DST … and on and on it goes.

We’ve “fallen back” one more time. The sun will rise an hour earlier on the clocks we’ve all (or many of us) have turned back before we turned in for the night. It’s going to get dark an hour earlier at the end of the day, too.

I don’t object to the back-and-forth like some folks do.

However, I am beginning to wonder whether we ought to just keep it on DST as a hedge against the reason it was made a more-or-less permanent fixture in our lives back in the 1970s.

Do you remember the Arab oil embargo of 1973? We had those long lines at the gasoline service stations. Gas dealers were running out of fuel. The price of fuel spiked to a buck a gallon and we all went apoplectic at the thought.

The government imposed Daylight Saving Time to ensure a way to keep from turning on the lights in our homes. We wanted to save energy that at the time we thought was in short supply. If the sun was shining later in the day, the thought went, we could conserve electricity that in many parts of the country is produced by fossil fuels; that’s the case in the Texas Panhandle, for instance.

Where are we now? The energy crisis has abated more or less. We have plenty of fuel. You know what? It’s not an endless supply. Oil is still a finite resource. I get that the “crisis” as we once knew it has passed. But why not maintain at least a semblance of alertness to the need to conserve what we ought to know won’t last forever?

Given that I have environmentalist tendencies at heart, that is what I would like to see. I won’t bitch about switching back and forth, not even in the spring when we lose that hour’s sleep by turning the clocks ahead for DST.

Finally, we can stop the silly media chatter about whether it’s called “Daylight Savings Time” or “Daylight Saving Time.” Now that annoys — and the pun is fully intended — the daylight out of me. 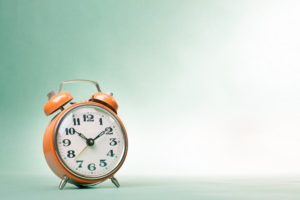 I slept in this morning.

No sweat! My day began and will proceed just as it always does, Daylight Saving Time notwithstanding.

Actually, I am a big supporter of the principle behind DST. It’s not as new a policy as many of us have been led to believe. It’s been around in some form for many, many years. DST became all the vogue in the 1970s with the Arab oil embargo and the fear that we were burning too much fossil fuel when we turned on our lights in the evening.

So the federal government implemented DST to push the clocks forward an hour, allowing us more daylight as spring arrived and summer approached. We burned our lights a little less, saving valuable energy that at the time was coming from too many “hostile” sources in the Middle East. Some states don’t adhere to DST mandates, keeping their clocks set on standard time. That’s their call.

In the past four-plus decades or so we’ve done a good job preserving energy. DST has helped toward that effort.

Ranchers tell us all the time that their livestock doesn’t know the difference between Daylight Saving Time and Standard Time. Cattle and horses still need to be fed at the same time no matter what.

So, they rely on a form of Bovine or Equine Standard Time to go about pursuing their livelihoods on the ranch.

The rest of us city slickers have different concerns. Those who work for a living have to be somewhere at certain times each day.

Are you worried about being late once you have to push the clock forward an hour? No worries. Go to bed an hour earlier.

Be sure you turn off the lights — and keep saving that still-priceless energy.

Have a great day, y’all.