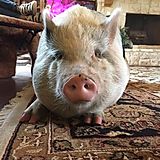 It’s not all gloom and doom, anger and angst out there in this contentious election season.

I came upon a wonderful example of community generosity while working on a story for a local weekly newspaper here in Collin County.

It came from a gentleman who contributed $21,000 to an animal rescue outfit based in Farmersville. Dell James owns a McKinney tax company. He kicked in a five-figure donation to Shutt’er Down Ranch, which cares for injured, neglected or abandoned animals — ranging from emus, to donkeys, pigs, horses, cattle, goats, sheep.

The ranch is looking to acquire a mobile veterinary clinic that would provide spay and neuter service for animals, along with vaccinations. Ranch officials tell me the clinic will cost around 100 grand; so James’ contribution will go a long way toward making that clinic a reality.

Dell James, a Farmersville native, wants to help the organization, so he contributed the money and then sponsored a professional basketball game in Frisco featuring the Texas Legends and South Bay Lakers — minor-league clubs affiliated, respectively, with the Dallas Mavericks and the LA Lakers of the NBA.

I want to offer a salute to Dell James for the contribution he delivered to Shutt’er Down Ranch and to the ranch for the good work it does to provide some old-fashioned TLC to God’s creatures. 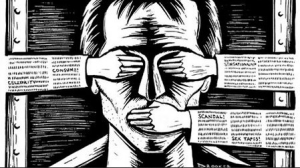 My galaxy of friends, acquaintances and professional colleagues runs across an enormous political spectrum.

They range in ideology from avowed Marxists to borderline John Birch Society members.

I cherish them all.

My wife and I caught up this week with one of our longtime friends, someone we met when we moved from Portland, Ore., to the Texas Gulf Coast more than three decades ago.

She reminded me of her right-wing views, which she acknowledges run counter to those with whom she used to work in print journalism. I guess she was referring to me as one of those lefties.

Then she expressed her frustration with what she called the “mainstream media.” She suggested that those who believe as she does no longer have a place where she can get the new without being offended by what she described as “liberal bias.”

I was taken aback a bit by her observation.

But eventually, during our brief visit, we came to agree on one important element about media of all stripes: Broadcast media in particular hardly ever deliver merely the “news” without adding commentary, punditry and opinion representing someone’s point of view.

Political coverage? It is full of analysis about who’s up and who’s down and why.

As we enter the next political season that will result in the election of a new president, I think it’s important to take hold of the idea that “mainstream media” isn’t just a supposedly liberal phenomenon.

My friend is an intelligent and well-educated woman. She worked for many years seeking to inform the public about events of the day. She was a pro and she succeeded famously in keeping her own political bias away from the news she was reporting.

I didn’t say this to her, as time was short and we had a lot of catching up to do, but I’ve long acknowledged by own bias. I lean left. My friend referred to herself as an “extreme conservative.”

Perhaps there’s hope that we can get past the vast chasm that divides Americans these days — if only all of us recognize within ourselves that we all carry bias, which isn’t just a malady that afflicts those on the other side.

As for her inability to get the “news” the way she prefers it, there are plenty of outlets that are suited to her own bias.