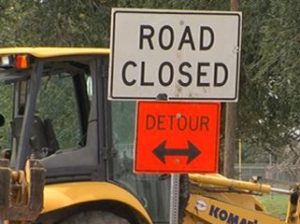 It’s hard for me to believe that at one time many residents of Amarillo and the rest of the Texas Panhandle felt “ignored” by the powers that be way down yonder in the state capital in Austin.

Every now and then I still hear the occasional gripe that Austin doesn’t give a damn about Amarillo, or the Panhandle, or those who live there. Those who say such things — or think them privately — need to get out more.

I’ve moved away from there but I return on occasion with my wife. I am amazed at what I see transpiring along the city’s major highways.

I see dozens, maybe hundreds, of work crews toiling to renovate Interstates 40 and 27. I see dozens of trucks, front-end loaders, backhoes, road-grading equipment and assorted vehicles of all shapes and sizes  with “Texas Department of Transportation” decals plastered on the doors.

No longer can anyone with a straight face complain about Amarillo being “ignored” by the state.

I don’t know what the dollar figure is on all this work, but it’s got to be in the mid- to high eight figures.

A former state legislator, Republican David Swinford, was known to grumble out loud about the lack of attention Austin was paying to the Panhandle. I arrived in Amarillo in January 1995 to become editorial page editor of the Amarillo Globe-News. I met the Dumas lawmaker shortly after arrival and asked him whether it was true — as I had heard — that he wanted to split the Panhandle off from the rest of the state. Swinford didn’t deny it categorically and said that he was miffed that the state didn’t pay the Panhandle enough attention.

These work crews are tearing up the highways, not to mention along Loop 335 along the southwest corner of the city. Eventually, TxDOT will begin work extending the loop along Helium Road about a mile west of Soncy Road.

I look forward to watching this all take shape from some distance — except when my wife and I return to do battle along the I-40 as we enter from the east.

You’ve heard it said to “be careful what you wish for”? These days, the grumbling I hear in Amarillo speaks mostly to there being too much attention being paid by the state. 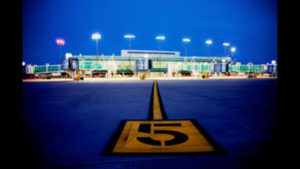 Amarillo is being hooked up more tightly to Austin, via a new air carrier that will provide direct non-stop daily service between the cities in September.

Fascinating, yes? I couldn’t help but think of a former state legislator who once half-joked about splitting the Texas Panhandle from the rest of the state when he first took office in 1991.

State Rep. David Swinford once pitched a notion out loud that the Panhandle was so far removed from the state capital that it should become a separate state. I asked the Dumas Republican lawmaker about that idea when I first arrived in Amarillo in 1995 and he acknowledged that he was semi-serious about it.

The idea never got sufficient traction.

So, here we are, more than two decades later and we get news that Via Airlines is going to begin direct air service between Amarillo and Austin this fall. The in-state air carrier plans one flight out of AMA and one flight back each day, with the hope of expanding service if traffic merits it. Via currently operates a fleet of 50-passenger regional jets.

We’ll see how this goes. It does bode well for the future of the Panhandle and the growing reliance the region has on its air service, which happens to be quite good. AMA already provides direct service to Las Vegas, Phoenix, Denver, Dallas-Fort Worth and Houston. Now we can add Austin to the list of business and leisure travel destinations.

I also am quite sure that former Rep. Swinford no longer wants to split the Panhandle from the rest of the state. 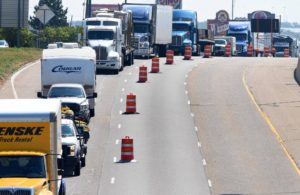 I hereby declare that never, ever again should Amarillo consider itself to be some sort of remote outpost in the great state of Texas.

My example? Take a look at all the money, manpower and machinery at work repairing, renovating and rebuilding the highways that course through this city.

Interstate 40, between roughly Quarter Horse Drive and Soncy? Serious rebuilding is underway. Interstate 27 from the I-40 interchange south to 34th Avenue? More reconstruction. I-27 northbound from 26th Avenue? More of the same. Loop 335 on the southern edge of the city? Ditto, man!

I am unaware of the total dollar cost the Texas Department of Transportation is spending on all this work. I’m pretty sure it’s in the high tens of millions.

Let’s flash back for a moment.

I was working in Beaumont in 1991 when I heard about a freshman legislator from the Texas Panhandle who suggested openly that the state needed to partition itself into several parts. This fellow didn’t like the way state government allegedly “ignored” the Panhandle. My initial reaction was, shall we say, not terribly flattering toward this gentleman.

Four years later, I moved to Amarillo and became acquainted with state Rep. David Swinford, a Dumas Republican. I asked him about his desire to carve up the state. He smiled and didn’t deny that was his intent, although it seemed to me at the time that he was only half-serious — or maybe he was half-joking … whatever.

We developed a good professional relationship over the years. I became convinced that Swinford’s desire in 1991 might have taken off had it earned any support from legislators downstate.

Suffice to say today, though, that Amarillo hardly sits at the edge of some desolate frontier. The state ended up building two prison units here about the time Swinford took office; Texas Tech University installed a pharmacy school near the city’s complex of hospitals and medical clinics.

I surely have heard how Amarillo is closer to the capitals of neighboring states than it is to Austin. And, yes, I’ve heard multiple tales of how President Johnson allegedly closed the Air Force base  here because he was mad that so many Panhandle counties for voted for Barry Goldwater in the 1964 presidential election.

But … that was then.

On this very day — and for the foreseeable future — Texas highway construction is telling us that the state is acutely aware of Amarillo’s importance to the rest of Texas.

Texas Attorney General Greg Abbott is trying to remove the term “Texas government ethics” from the list of ridiculous oxymorons.

The Texas Tribune reports that the leading Republican candidate for governor — and the unquestioned favorite to win the job in next year’s election — is proposing a sweeping set of ethics rules that just might make Texas legislators a bit nervous.

It is about time someone stepped up.

Abbott’s proposal puts teeth in state ethics laws that are supposed to restrict legislators’ ability to pass laws affecting their private businesses. He would seek to give private citizens the right to sue lawmakers if they believe they have crossed ethical boundaries. “They are supposed to be working for you, not their own bank accounts,” Abbott said in a speech outlining his proposals, according to the Tribune.

The Tribune also reports that Abbott’s proposal takes dead aim at presumptive Democratic nominee state Sen. Wendy Davis of Fort Worth, whose own legal interests have been questioned as their propriety. Davis’s legal activities have involved principals connected with legislation.

Liberals have applauded Abbott’s proposal as far-reaching and virtually unprecedented. As the Tribune reported: “We haven’t seen a proposal like this in decades, if ever,” said Craig McDonald, director of Texans for Public Justice, a liberal watchdog group that has for years advocated for stricter ethics laws. “This takes giant steps toward eliminating conflicts of interest and improving the sometimes unethical behavior of members of state government.”

Does it go far enough? Probably not. I would like to see laws that seriously restrict legislators’ ability to go from making laws to becoming advocates for businesses affected by laws. I refer to their post-legislative lobbying efforts. Former Texas Democratic House Speaker Pete Laney of Hale Center went from legislator to lobbyist, as did former state Republican Rep. David Swinford of Dumas. Were they able to parlay their relationships into material benefit for their clients? Certainly. That’s not right, either.

It’ll be a challenge for whomever is elected governor next year to try to push any meaningful ethics reform through the Legislature, given lawmakers’ long-held resistance to approving such measures.

Abbott, though, has initiated a long-overdue discussion that should remain front and center of the upcoming campaign for governor.