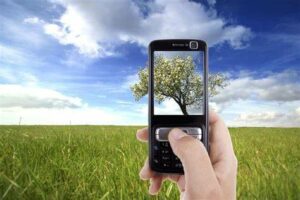 Walking through a teeming crowd of Christmas revelers this weekend, I was struck by the sight of the 21st century’s most ubiquitous device.

Cell phones, man! Everyone has one. And, yes, they all are equipped with picture-taking “apps” that turn these telecommunications devices into cameras.

It begs the obvious question, which you well might anticipate.

Why in the name of social media invasion do celebrities of any stripe — politics, entertainment, athletics, whatever — allow themselves to be photographed doing something they shouldn’t be doing?

Every person is a potential paparazzo. They see someone famous acting up — or acting out! — they point their phone/camera at them and snap pictures to be recorded for everyone to see. By “everyone,” I mean potentially every human being on Earth; at last count that number was well north of 7 billion.

Yet we keep hearing about individuals who get caught punching someone out, or acting inappropriately after consuming too many adult beverages.

I suppose this is my way of saying that if it’s understood by most of us that cell phone cameras are as plentiful as we know they are, then celebrities who get caught misbehaving deserve the recrimination that comes their way. 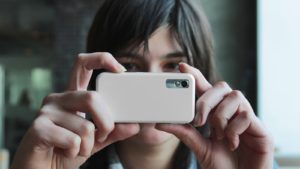 Your grandparents — and, yes, mine too — were visionaries. They were way ahead of their time.

They warned us, “If you can’t say something nice to someone, then keep it to yourself” … or words to that effect.

They didn’t anticipate the advent of cell phones or the myriad other recording devices that have proliferated our society. But, man, they nailed it!

Just look at the Uber driver who has been caught recording passengers without their knowledge. Then you had the idiot at the Chicago Cubs baseball game who took a ball from a youngster after one of the Cubs players had tossed the ball to the little boy; yes, the ballpark incident was captured by TV, but you get the point.

This all happened over the weekend.

There have been instances of people cussing others out. Road rage incidents are recorded for posterity by motorists who watch them unfold in real time.

I’ve lamented before that the ubiquitous nature of these devices should make us all a lot more reticent when confronted with potential problems.

Everyone, or so it seems, has a camera these days. You say something unkind or crude, it gets recorded. You erupt in a spasm of anger, or possibly, violence — that, too, becomes part of the “public domain.” You mistreat someone, get ready for the “viral” distribution of that action all across the planet.

When will we ever learn? When will we heed the advice given to us years ago by men and women — Grandpa and Grandma — who were way ahead of their time?

This is one of the weirder stories I’ve heard in more than 20 years living in Amarillo.

The police department has discovered a camera hidden in an aerosol spray dispenser in a business’s restroom.

Police are investigating to determine who put the camera in the restroom, whether it was an inside job or done by someone who, just for giggles and grins, decided to take pictures of people doing whatever it is folks do in restrooms.

Amarillo Police Sgt. Brent Barbee said the camera apparently didn’t have remote control capability. He said that the contents of whatever — or whoever — was photographed by the device remain in police custody.

I surely hope this doesn’t introduce a whole new realm of spying in our culture. Cell phones with cameras are bad enough, given the ubiquitous nature of the devices and their ever-present prying eyes.

Now this? Oh, brother … as in Big Brother.