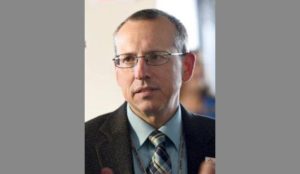 Today he got one. It’s in Roanoke, Va., where that city’s council has voted 7-0 to hire the Amarillo deputy city manager as that community’s next top municipal administrator.

I’ll stipulate up front that I do not know Cowell personally. I know only of him by reputation. What I have heard about Cowell is that he held the city’s administrative staff together during a time of tumult, which I suppose might be enough of a selling point to his new employers in Roanoke.

A friend of mine in Roanoke gave me a heads up earlier in the day about Cowell’s hiring and asked me about him. I only can speak around the edges about Cowell; I don’t have much intimate knowledge of how well he does his job at Amarillo City Hall.

But as I told my friend, the managing editor of the Roanoke Times — and a former executive editor of the Amarillo Globe-News, Lee Wolverton — I know that Cowell was near the center of power when all hell was breaking loose at Amarillo City Hall.

He was there when former City Manager Jarrett Atkinson resigned in 2015 after the City Council election produced a new majority that didn’t think much of Atkinson’s work as manager. He also was there during the tumultuous time when Terry Childers came aboard as the interim city manager; Childers ended up walking away after he called a constituent a “stupid son of a b****.”

Cowell can take credit for helping hold the city administrative staff together during all that trouble.

He continued to serve the city under new City Manager Jared Miller’s leadership — and was a finalist for the city manager’s job in San Marcos, where Miller was working when he took the Amarillo job.

So, with that, Amarillo will have to replace a valuable municipal government hand. 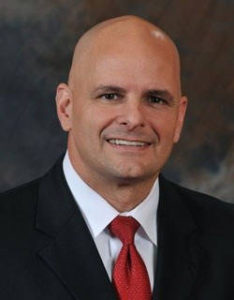 So, it’s going to be Jared Miller taking his post as Amarillo’s next city manager.

I’ve spoken already about the process that brought Miller and four other city manager finalists to city residents’ attention. The process worked well and the City Council blessed itself with a good pool of five finalists from which to choose.

Miller is the current San Marcos city manager. The budget he handles there is a bit less than what he’ll manage in Amarillo; he supervises an employment payroll of a good bit less as well.

The council will pay him about a quarter-million bucks a year. He’ll earn it.

I’m going to make one request of the new guy: Find a way to keep Bob Cowell on your management team.

Cowell knows the ropes. He knows the players, including the five people who serve on the City Council. He brings institutional knowledge of Amarillo’s recent political turbulence. He could be a valuable resource for City Hall’s new man of the house.

You’ll need to get busy. In a big hurry.