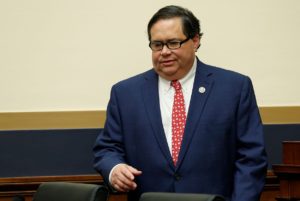 Blake Farenthold has left one job in Washington, D.C., and has immediately cashed in with another one.

It makes me wonder as I have in the past: Why can’t there be a built-in revolving door clause that requires former lawmakers to spend some time on the outside before they become lobbyists?

It was not a graceful end to this man’s congressional career.

What does he do now? He lands a job as a “legislative liaison” for the Port of Port Lavaca, near Corpus Christi, which is where he represented in Congress.

Why does this stink? Because it allows an immediate past member of Congress to parlay his contacts, relationships and friendships with members of Congress on behalf of interests he is representing.

It gives him a leg up or an unfair advantage over other lobbyists.

I have nothing against lobbying, per se. It provides special interests with valuable access to those who can benefit them tangibly. I get it, man! It’s the American way.

However, I’ve never liked this idea of legislators or members of Congress instantly becoming lobbyists after their public careers have come to an end.

I would prefer a two- or three-year required waiting period. It enables some additional congressional turnover to occur, which might tend to level the playing field for all the lobbyists who hound, harangue and hassle members of Congress on behalf of their clients.

As the Texas Tribune reported: In a statement provided to the Caller-Times, the Calhoun Port Authority, which oversees the Port of Port Lavaca-Point Comfort, confirmed that Farenthold would serve as the port’s full-time legislative liaison. The port did not return a phone call from the Texas Tribune requesting comment Monday.

“Blake has always been a strong supporter of the Calhoun Port Authority and is familiar with the issues facing the Port,” the statement said. “The Board looks forward to the services Blake can provide in assisting the Port with matters in Washington, D.C.”

Yeah. Do ya think?

Aww, what the heck. Maybe with his new source of income, he can pay back that 84 grand he took from taxpayers to settle those bad conduct lawsuits. 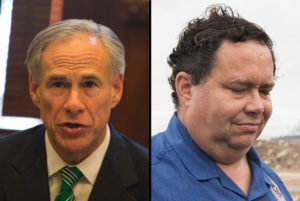 So much for doing the right thing … yes, Blake Farenthold?

The former Corpus Christi congressman had a chance to pay back his constituents for the disgraceful way he exited public office, but has chosen to ignore the request from a fellow Republican politician, Texas Gov. Greg Abbott.

Abbott had demanded that Farenthold pay for the cost of a special election to replace him. You see, Farenthold quit Congress amid allegations of sexual harassment. He made matters even worse by dipping into a taxpayer-funded pool of money totaling $84,000 to pay off settlements leveled against him by former staffers.

Abbott said he is disappointed in Farenthold’s decision. He ought to feel worse than that. Let’s try “outraged,” or “insulted,” “mad as hell.”

Abbott’s letter to Farenthold noted that his disgraceful conduct was the sole reason for having the special election in the first place and that the former congressman owed it to his former constituents to pay for the election in full.

The Texas Tribune reported: A spokeswoman for Abbott called the decision “disappointing,” but said “it’s not surprising that his last act would be to stick taxpayers with the bill at the worst possible time.”

“While Mr. Farenthold may consider this resolved, we’re not closing the case on this issue,” said Ciara Matthews, Abbott’s deputy communications director.

Farenthold said he planned to repay the fund, but hasn’t yet done so. Any bets on whether he’ll deliver on that pledge? Don’t hold your breath.

Allow me this chance to push back against some of the soreheads who have dismissed a demand that has come from Texas Gov. Greg Abbott.

The governor has written a letter to former U.S. Rep. Blake Farenthold, a fellow Republican politician, demanding that he pay the full cost of the special election that will occur on June 30 to determine who should replace Farenthold in Congress.

Farenthold quit because of sexual harassment charges leveled against him. Then it was revealed that he took $84,000 in public money to cover the cost of lawsuit settlements involving the complaints of sexual harassment. Farenthold reportedly is seeking a second mortgage on his Corpus Christi home to raise the money to pay back the congressional fund.

Abbott said in his letter that Farenthold’s behavior is cause for the election and that he should pay for it — in its entirety.

The pushback came from those who reminded me that Abbott is campaigning for re-election. His demand, they suggest, is nothing than a sop to voters, a publicity stunt from a pol seeking some positive publicity.

To which I say: Baloney!

So what if it’s an election year? So what if Abbott is up for re-election? He is a strong favorite to win a second term, no matter who wins the upcoming Democratic Party primary runoff between Lupe Valdez and Andrew White. He doesn’t need the good PR.

Hey, I am in no way an Abbott apologist. I just want to recognize when a politician does the right thing even when it’s juxtaposed with the political context in which he does it.

Gov. Abbott has made a poignant political demand of a disgraced — and disgraceful — fellow Republican politician. My praise of the governor still stands.

There. Now I have pushed back. 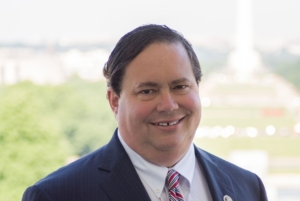 Blake Farenthold has given a new, but strangely ironic meaning to the “Me Too” movement.

The Republican member of Congress from Corpus Christi has said “Me, too … I’m ‘retiring’ from the House of Representatives because of sexual harassment allegations.”

Farenthold reportedly is going to call it a career after the 2018 midterm election. He won’t seek re-election.

He joins a growing and infamous list of members of Congress who’ve bowed to immense and intense public pressure brought on by their sexual misbehavior. We have seen the departures of Democratic Sen. Al Franken, Democratic Rep. John Conyers, Republican Rep. Trent Franks and now this guy, Farenthold.

Read more about it here.

Are there other individuals out there? I’m thinking … yep. There are.

Farenthold is a back-bench member. He’s not a GOP leader in the House. He’s just sort of a loudmouth who once implied he would like to engage in a duel — you know, with pistols — with female members of the House who voted against the GOP plan to repeal the Affordable Care Act.

Then it got even worse!

Farenthold was revealed to have spent $84,000 in public money to settle sexual harassment complaints against him. To his credit, he took out a personal loan to pay it back.

That’s not the end of it. CNN reports that new allegations have come forward, accusing Farenthold of being verbally abusive and sexually demeaning.

I guess that signaled the end of the line for this guy. I would prefer he would just walk away now and allow someone else to win a special election and represent the Coastal Bend district with dignity and honor. We’ll have to settle for this clown serving until the end of his term.

This is the new culture in Washington, D.C. Women are coming forward, emboldened to speak out strongly against those who they contend are abusing, demeaning and threatening them.

Now … if only we could just get the goods on yet another leading politician, the guy who calls the shots in the Oval Office.

Maybe that day is coming, too. 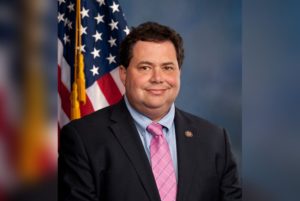 A Corpus Christi congressman got caught doing something bad: He dipped into a taxpayer fund to finance a settlement paid to a woman who had accused him of sexual harassment.

Blake Farenthold, a Republican, has done the right thing in response. He has pledged to take out a personal loan totaling $84,000 to repay what he took from the Office of Compliance fund.

At issue was a complaint filed by Lauren Greene, the congressman’s former communications director. Greene had alleged a hostile work environment, sexual discrimination and harassment against Farenthold, who then got taxpayer money to pay Greene off.

Farenthold denied doing anything wrong. Sure thing, young man. Whatever.

“I want to be clear that I didn’t do anything wrong, but I also don’t want taxpayers to be on the hook for this,” Farenthold said.

But the story here is that Farenthold is seeking to make it right by repaying the Office of Compliance fund. What’s more, he vows to “fix the system.”

Here’s an idea, Rep. Farenthold: Draft a bill that eliminates a certain provision contained in the Office of Compliance. The idea that taxpayer money would be used to finance these settlements is offensive on its face. Indeed, since 1997, the office has ponied up more than $17 million to settle various workplace complaints.

According to the Texas Tribune: “That account — and the elected officials using it — has come under increased scrutiny in recent weeks amid a growing tide of sexual harassment allegations against powerful men.”

That “scrutiny” isn’t about to let up. Perhaps one possible reform could be to rid that office of the provision that pays these settlements regarding sexual harassment.

Are you in, Rep. Farenthold?

The brand new congressman — elected in 2012 in a special election — said he’s asked lawyers “how can I impeach the president.”

Bentivolio told a town hall gathering of local Republicans that the president has committed an unspecified crime likely related to the IRS controversy or the Benghazi tragedy. He’s not laying out any specifics, but says he wants badly to impeach President Obama.

This kind of idiocy from lawmakers elected with an agenda that has nothing to do with helping their constituents makes me sick. I used to think serving in Congress was an honorable calling. Some folks still see it that way — and I include members of both parties in that category.

Lately, though, we’re moronic statements from the likes of Kerry Bentivolio — and let me throw in comments made recently by Republican U.S. Reps. Steve Stockman and Blake Farenthold of good ol’ Texas — who are tossing the “I-word” out as an applause line in front of their fervently faithful followers.

These clowns are a disgrace to an institution that can ill-afford this kind of ridicule.

Michael Steele offers living, breathing proof that the Republican Party hasn’t been overrun completely by those with lunatic notions.

Republicans who are full of all those crazy ideas, though, are hogging the platform.

Steele, the former Republican National Committee chairman, told MSNBC that talk of impeaching President Obama is “asinine.” You got it that right.

The latest impeachment talk came from, yep, another Texas Republican member of Congress. The goofball this time is Blake Farenthold, who told a small group of fans and supporters that the House of Representatives could impeach the president, but that he wouldn’t be convicted in a Senate trial.

Farenthold doesn’t specify on what charge the House would impeach the president. Why? Because nothing exists. He seems to be among those on the far right who dislike the president’s policies so much that they want to throw him out of office.

What an utter crock.

My hope is that Michael Steele and other reasonable Republicans can outshout the loons within his party. Clear your throat, Mr. Chairman.