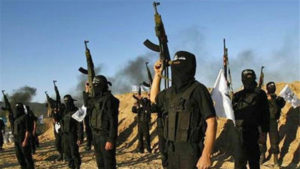 It’s not in a negative way, just a puzzling way.

Appearing this morning on “Meet the Press,” Carter was responding to a question from moderator Chuck Todd, who used the term “ISIS.” Carter answered him using the term “ISIL.”

The Levant describes a geographical region that covers roughly the nations bordering the eastern Mediterranean Sea. They comprise the site of the ongoing struggle against Islamic terrorists.

I suppose that, given the reach of the Islamic State, that “ISIL” seems a bit more appropriate, as it has done its murderous deeds throughout the eastern Med — and beyond.

Secretary of State John Kerry has been using the term “Daesh” when discussing ISIS/ISIL. Daesh is seen in the Islamic world as an epithet, a slur against the terrorists who comprise this monstrous group.

We all know, of course, how the Islamic State has elevated its profile from something President Obama once called the “JV team” of international terrorists. They’re the first-stringers these days, the varsity, Public Enemy No. 1 worldwide.

It really matters not one damn bit whether we call them “ISIS, ISIL” or “Daesh.” I’d prefer to call them all “dead.” We have killed many thousands of them since 9/11, but there no doubt remain many more to hunt down and, in the parlance so often used, “remove from the battlefield.”

I continue to have faith we’ll be able to do that — one day. I hope to be alive to welcome that event. 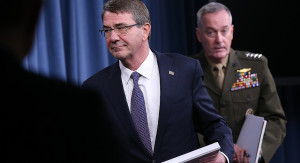 Oh, how I want to believe this assertion.

Defense Secretary Ash Carter says we’re turning the corner in the fight against the Islamic State.

He is pushing back against criticism — chiefly from the remaining Republican candidates for president and their allies in Congress — that we are “losing” the fight.

Carter and Joint Chiefs Chairman Joseph Dunford today told the media that the death this week of the Islamic State’s chief financial officer — the No. 2 man in the ISIS high command — illustrates the progress U.S. and allied forces are making in the fight against ISIS.

“The momentum of this campaign is now clearly on our side,” Carter declared.

OK. Maybe it is. I have long endorsed the air campaign that we’ve launched against ISIS, believing that a concentrated aerial barrage of military targets could eventually destroy the monstrous terrorist cult.

Indeed, we keep killing ISIS leaders, not to mention the fighters who follow them.

Our allies in Iraq and resistance forces in Syria reportedly are taking back ISIS-held territory.

We keep getting news of “setbacks” and defeats of ISIS on the battlefield.

Is it true? Are these victories real?

Part of me wants to believe they are. Another part of me remembers a day when military leaders and their civilian bosses in government said the same thing about another war, the one in Vietnam. Americans were assured that more ground troops and greater concentrations of military power would demoralize the enemy and force them to give up the fight against a superior military machine.

It didn’t quite work out that way.

I know this fight is different. I also know that a victory declaration will be harder to come by.

We’ve all known when this war commenced that it required maximum patience among Americans.

My own patience is still pretty stout. It does, however, have its limits.

I just hope Secretary Carter and Gen. Dunford are telling us the actual truth this time. 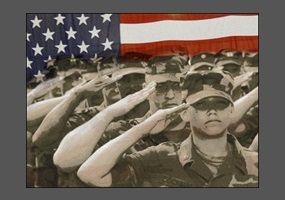 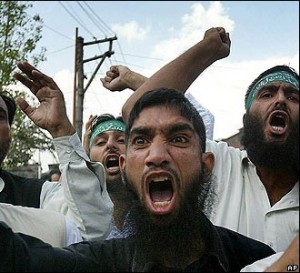 One of two key figures in the war against the Islamic State has it wrong about whether American military power has “contained” the terrorist organization.

President Barack Obama said ISIS has been “contained” on the battlefield. He said so the other day and then on the very next day, the Islamic State launched those horrifying attacks in Paris.

Who you gonna believe? The politician or the career military man?

I am going to stick with the Marine on this one.

Do I think we’re losing the war? I tend to believe we will be able ultimately to destroy the Islamic State. It’s going to take a lot more than just U.S. air power to do it. More nations already have joined in the fight, most notably France and Russia, two nations that have paid heavily for ISIS’s terror tactics.

Gen. Dunford told the committee — chaired by Republican Mac Thornberry of Clarendon — that “technically we are not at war” with the Islamic State. The word “technically” is critical here. To be at war requires — in the strictest sense — a declaration issued by Congress at the request of the president.

But in reality, we’re at war.

As for whether the general has contradicted the commander in chief and the secretary of defense and whether that puts Gen. Dunford’s status in some jeopardy, I’ll just add one final point.

We put the military under civilian command. Gen. Dunford answers to Defense Secretary Ash Carter and President Barack Obama, both of whom have said one thing about ISIS containment; meanwhile, Dunford has said something else. Yes, I believe Dunford’s time as Joint Chiefs chairman might be coming to a close.