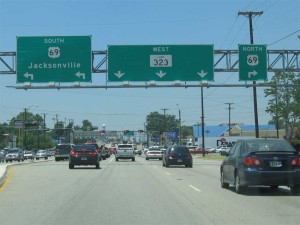 TYLER, Texas — Used to be when I thought of Tyler, two thoughts came to mind: roses and Earl Campbell.

Now a third aspect comes to mind, and it’s not nearly as pleasant as the scent of a blooming flower they celebrate every year or the exploits of a great University of Texas and NFL running back who was born and reared in this community.

It’s Tyler, just like Amarillo, has a highway “loop” that has morphed into just another busy street.

The main drag through the city of 97,000 residents is U.S. 69. If you think you’re going to bypass the heavy traffic by taking Loop 323, well, think again. It’s about as useful as Loop 335 is circling Amarillo.

The good news for Amarillo, though, is that the city — in conjunction with the Texas Department of Transportation — is moving forward with plans to extend 335’s western-most corridor with the aim of pulling heavy traffic off of Soncy Road.

I haven’t a clue what they’re going to do in East Texas to improve traffic flow through Tyler.

But after slogging through loop traffic hoping to avoid the clogged highway that run through the center of this beautiful city, my hope is that plans are afoot to do in Tyler what’s being planned in Amarillo.

A loop by definition is supposed to relieve motorists’ headaches, not worsen them.