The Amarillo Independent School District board of trustees will have three new members soon. Two of them will succeed incumbents who lost their re-election bids; a third succeeds an incumbent who didn’t seek re-election earlier this month.

What now? The AISD board has become ensnared in a controversy over the resignation of the Amarillo High School girls volleyball coach. The board hasn’t addressed the controversy in any form. It has remained silent while community whispers, chatters and expresses anger at the way the allegedly was treated by the board and school administrators.

Kori Clements quit after a single season at the helm of one of Texas’s most vaunted high school athletic programs. She complained about a parent who allegedly harassed her over playing time given to her daughters. The board didn’t back the coach; neither did the administration.

I’m unaware of the political rhetoric that preceded the May 4 election. I am quite aware, though, of the hard feelings among many of the school system’s constituents over Kori Clements’ treatment.

Is there a connection between the election result and how the newly constituted AISD board will handle the current matter, let alone future matters of this type?

Three new board trustees do not comprise a majority on this board. It might take another election cycle to weed out more of the silent types who have presided over this situation.

I just hope there isn’t more damage to be done.

I awoke this morning in Collin County not knowing what to expect when I searched for results from Saturday’s vote results way up yonder in Amarillo.

Then I saw it: Two Amarillo school trustee incumbents lost their bids for re-election, which I hope means a potential change is in the works for the way the school board might clean up a mess it has on its hands.

Jim Austin and John Betancourt are out. Three newbies are joining the Amarillo Independent School District board of trustees: Dick Ford, Kimberly Anderson and Alonzo Everhart. I don’t know the new folks. Of the two incumbents who lost, I have met only one of them, Austin.

The AISD election occurred in the midst of a mess created when an Amarillo High School girls volleyball coach, Kori Clements, resigned. She said a parent hassled her over playing time she was giving the parent’s daughters. Clements is an AHS grad, a product of the vaunted high school volleyball program. She quit after a single season. She also said the school board and the administration didn’t give her the backing she believes she deserved.

The school board hasn’t handled this situation well . . . at all! An AISD constituent filed a complaint with the Texas Education Association; a group of parents has formed to call for an “independent investigation” into one of the specific complaints filed by the constituent, that the offending parent is a member of the AISD school board.

The board has been silent on all of this.

Voters had their say Saturday night. They gave two incumbents the boot. I don’t know what was in the minds of voters who cast their ballots. I hope they were speaking on behalf of those observers who want more transparency and accountability from the school board and administration over this and other matters.

Here’s what I do know: The AISD board would do well to look inward and decide if it has handled this Kori Clements in the most up-front manner possible. If not, then it ought to change its ways. If it fails to do so, then another election cycle likely will continue the job of housecleaning that began this weekend. 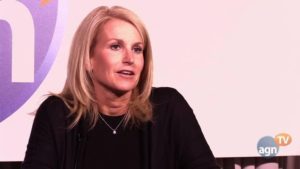 I actually have been trying to insert myself into the skull of an Amarillo, Texas, Independent School District trustee whose conduct in office has been called into serious question.

Renee McCown has been identified as the trustee who badgered the coach of a celebrated high school athletic program into resigning. The identity came forward in a complaint filed by an AISD resident to the Texas Education Agency.

McCown allegedly harassed former Amarillo High School girls volleyball coach Kori Clements over playing time given to her daughters who played for the Sandies team. The Amarillo High girls volleyball program is one of the more storied athletic programs in Texas. Clements, a 2006 AHS grad, is a product of that program.

Elected public officials simply must not interfere in the staffers’ performance of their job.

I’ve already declared my desire for McCown to resign. Her seat doesn’t come up for a vote until 2022. That means she has three more years to make policy decisions for the school district.

I cannot help but wonder: How does she stay in office? This trustee’s reputation has been damaged, perhaps beyond repair. She hasn’t answered any of the allegations. She wouldn’t look her constituents in the eye during an AISD board meeting a few weeks ago when they scolded the board over Clements’ resignation. The way I see it, the allegations seem quite credible.

This is an element of public service that I don’t get. Someone whose conduct in office has been challenged openly needs to rebuild community trust in order to make decisions on the community’s behalf.

I don’t know how Renee McCown does that.

I’ll say it again. She needs to resign and give her public service seat up to someone who won’t face the kind of accusations that have brought shame to the school board. 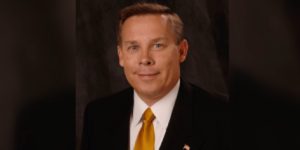 So, it appears Doug Loomis is going to be the new superintendent of the Amarillo Independent School District.

I don’t know Loomis. He’s been employed by AISD for three decades. He’s been filling in as superintendent since Dana West quit suddenly in 2018 after just three years on the job.

I have two takeaways from the AISD board’s decision to name Loomis its sole finalist.

Trustees John Betancourt and Robin Malone think the school district should have gone outside the district to look for the next superintendent. I agree with them. It’s not that an outsider would have risen to the top necessarily. It merely is that a strong field of candidates from other districts, with other outlooks, different perspectives would have given AISD trustees a wider range of options to consider.

I have argued in the past — during my days as an opinion journalist — for governing bodies to cast a wide net in their search for top administrators. The Amarillo Globe-News made that argument when Amarillo City Manager John Ward left the city; the council then elevated his deputy, Alan Taylor, to the manager’s job. Taylor did a fine job, but the paper argued that the council would serve itself better by conducting a national search. Taylor took the “criticism” personally, even though we said at the time we had nothing against Taylor per se as a candidate for the top administrative job.

AISD could have strengthened the field of contenders by opening it up rather than conducting an exclusively in-house search for superintendent.

Loomis inherits a district in turmoil. Indeed, he is part of the reason for AISD’s tumult. You see, it was on his watch that Amarillo High School girls volleyball coach Kori Clements resigned suddenly after a single season. She blamed the administration for a lack of support when she was confronted by the parent of one of the girls who played for her at Amarillo HS, one of the state’s most heralded volleyball programs.

The AISD administration and the board of trustees should have stood behind Clements. Neither of them did. Indeed, the offending parent — the one who harassed and hassled Clements over her daughter’s playing time — reportedly is a member of the AISD board!

I don’t live in Amarillo any longer, so I don’t yet know how much of this controversy has subsided. I have a strong hunch there remains a great deal of latent distrust of the school board and administration over the support they give to their educators and support staff.

Is the superintendent-to-be going to deal with that up front and aggressively?

My advice: He had better.