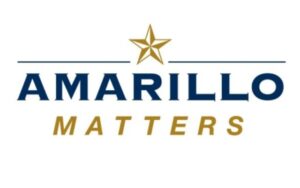 A group of high-powered, relatively high-profile individuals formed to help guide a city’s future doesn’t need a word of support from bloggers like me, but it’s going to get it anyway.

Amarillo Matters came into being in 2016 with a fairly straightforward agenda. It wants to elect highly qualified individuals to local government positions. It wants to promote Amarillo’s economic well-being. It wants to help craft a “positive” agenda for the city.

I keep wondering: What is so wrong with that?

Amarillo Matters recently unveiled a new website. It has included a roster of its board of directors, which up to now had been kept more or less under wraps. Now the community knows who comprises the Amarillo Matters board, who is setting the agenda for the political action committee.

I’ve moved away from Amarillo. However, I remain intently interested in the future of the city where I lived for more than 20 years. I hear occasional grumbling from some in the community who continue to question the motives of Amarillo Matters. I cannot say the grumbling is widespread, or even that it comes from a significant minority of the city’s residents. The complainers are able to have their voices heard far beyond their numbers.

I am not a Pollyanna. I am not looking back at my former city of residence with a sense of naivete. However, I am unable to find a legitimate reason to question whether a group of successful individuals has the community’s best interests at heart.

What I do question are those who criticize individuals simply on the basis of the success they have enjoyed in their professional lives. Isn’t their success part of what we hail as “the American way”?

I wish Amarillo Matters well as it heads on down its road. The future of their city, to my eyes, is looking brighter. There can be nothing wrong with that.